Should Jewish Gifts Be as Cool as Jewish People? Shop here.
You are here: Home / All / Mexican Chocolate Latkes with Cinnamon Whipped Cream and Wayfair Hanukkah!
Jump to Recipe Print Recipe

Can latkes be a dessert? Is the Pope Catholic? Err I mean is Andy Cohen Jewish? What I’m trying to say is yes! Mexican Chocolate Latkes are here. 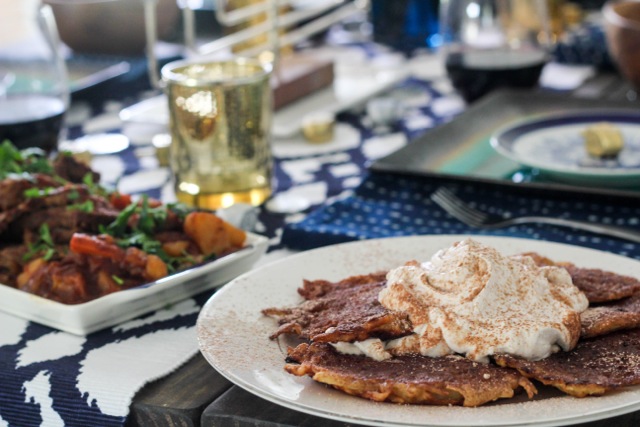 I don’t really have much of a sweet tooth. For realz. I’ll take brisket over brownies any day! But if I am having a dessert, it usually is boozy, or chocolate, and definitely homemade. But I was thinking, why not make latkes sweet?(booze was probably involved.) Potatoes are pretty neutral, so why not, right? My friend Shawn had the ingenious idea of adding cocoa and cayenne, and these sweet and spicy latkes were born! Or fried. Whatever. 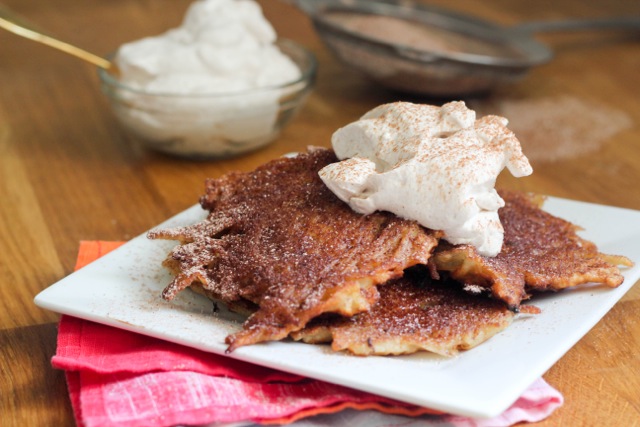 It seemed like the perfect latke to share with my friends at Wayfair! They asked me to create a Hanukkah menu and pretty table setting with some of of their products for their e-magazine. This is the first time they had a whole feature on Hanukkah, so I was pumped and honored! 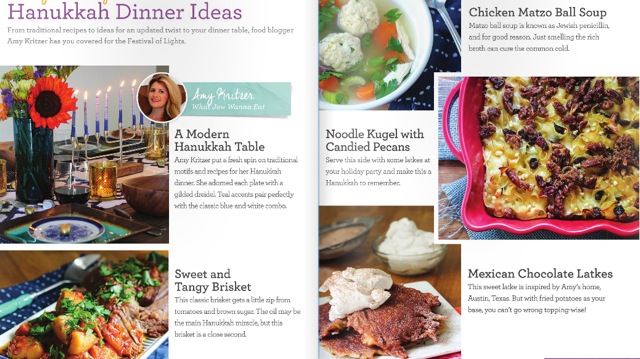 You can check out the recipes here and the e-magazine here. I’m on page 95! But don’t blame me if you get lost shopping on their site for four hours when you should be working. Not my fault! Now, back to the Mexican Chocolate Latkes. 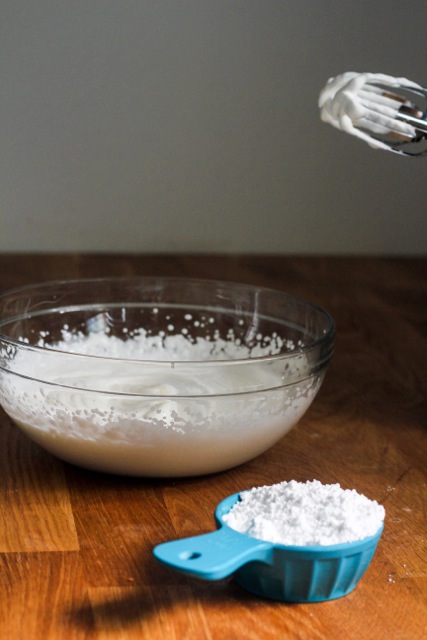 I paired them with a cinnamon whipped cream. If you haven’t made your own whipped cream before, you are missing out. I’m not going to say I pity you, but I’m not not going to say it. You know? It’s easy and delicious and seems fancy. Like put a scoop on your Ben & Jerry’s and cozy up to a Family Feud marathon fancy. The secret to easy homemade whipped cream? Make everything cold. Spatula, bowl, cream. It will whip right up! 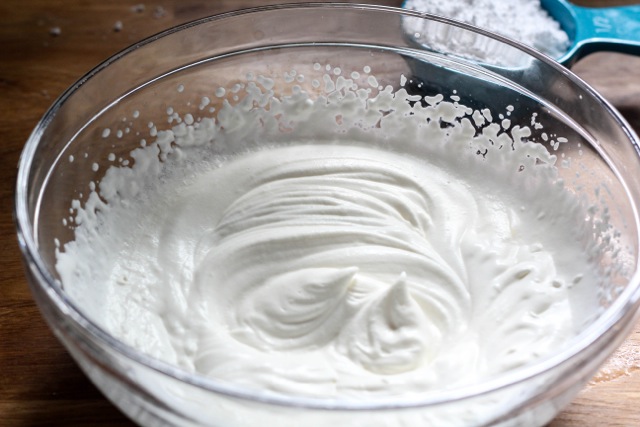 Wouldn’t it be fun to have a latke buffet with sweet and savory options?? Wouldn’t it?? Invite me if you do this. 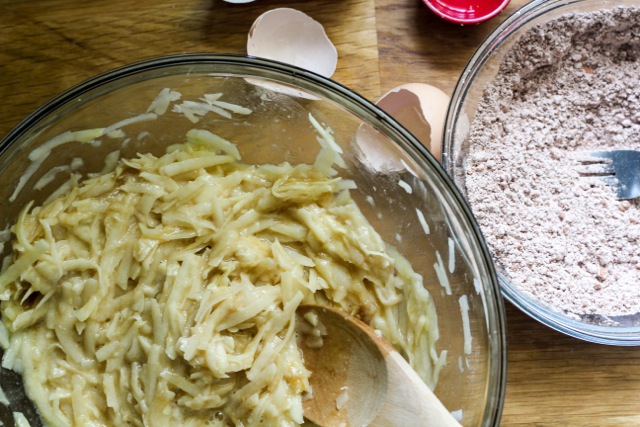 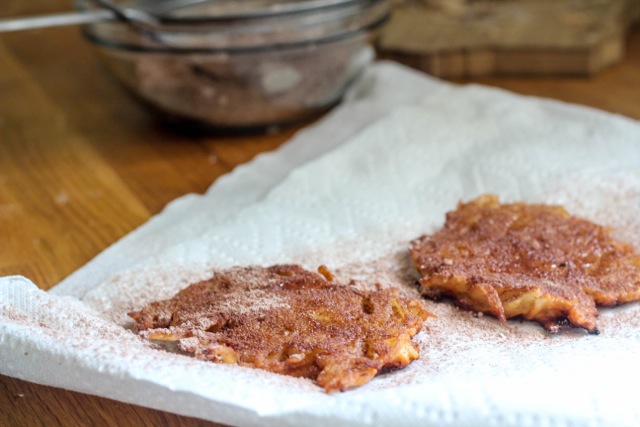 These are good. Really good. The neutral potato pairs nicely with the slightly sweet and spicy dusting. And the whipped cream…well we already talked about that. Don’t skip it. Or else. Happy Hanukkah! 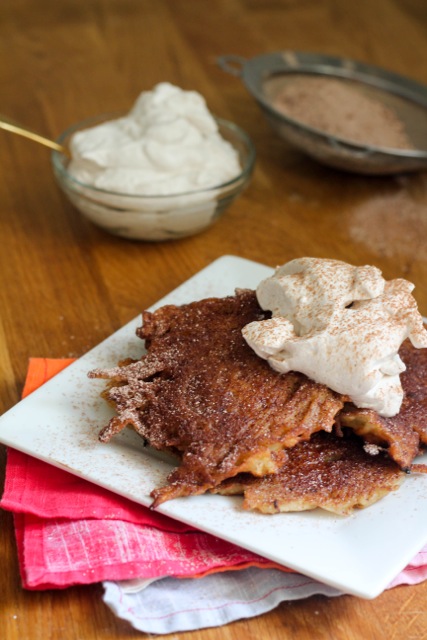 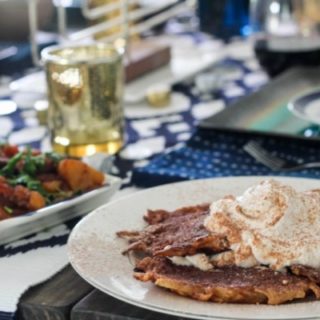