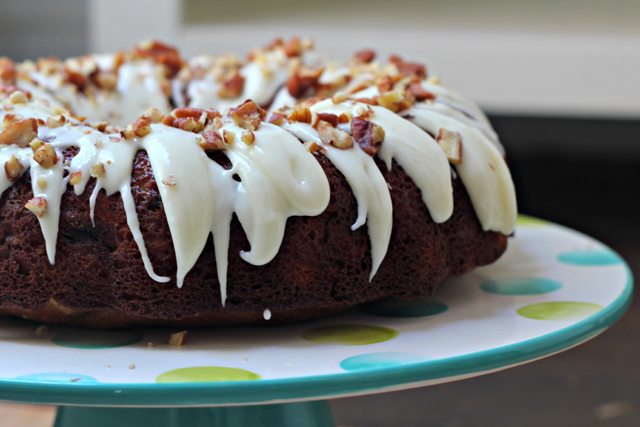 One traditional dish for the sweet New Year of Rosh Hashanah and the harvest festival of Sukkot is tzimmes (pronounced tsim-iss). Easier to eat than to say, I promise! 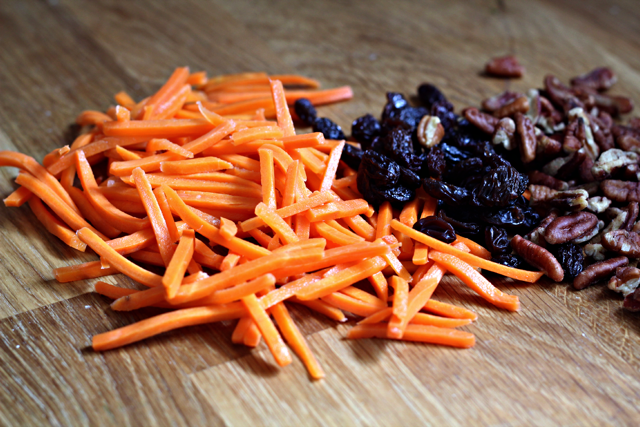 The saccharine stew of Eastern European roots is often made with carrots, sweet potatoes and dried fruits such as raisins or prunes. It can be delicious, though it is often called out for being mushy and overly syrupy. 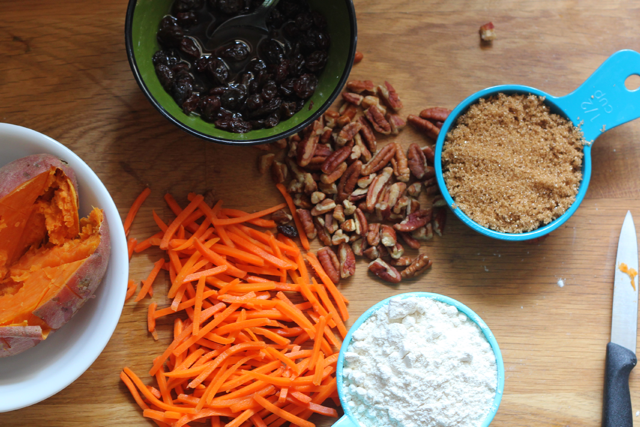 According to Reform Judaism magazine, tzimmes originated in medieval Germany, where fruit, vegetable and meat stews were commonplace. Cooks incorporated the sweet potato centuries later, after it made its way to Eastern Europe from the Americas. The side dish we all know and love, started to take shape. After immigrants brought the dish to America, they sugared it up with an extra dose of sweet. 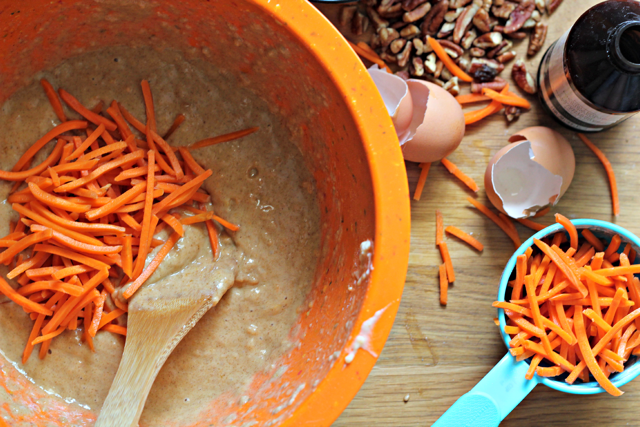 So as it turns out, tzimmes wasn’t always so sweet, just another dish adjusted to American tastes. You’re welcome, rest of the world. So when remixing this classic, I decided to go with those qualities instead of fight it, and intensify it into a cake. 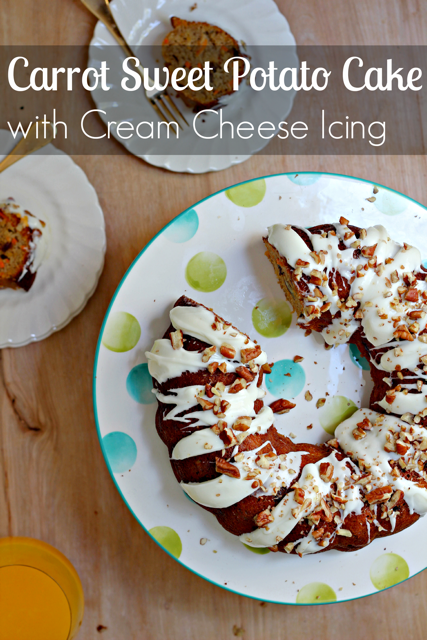 The carrots and sweet potatoes make the cake super moist, and chunks of booze soaked raisins (yay) and walnuts add texture and lots of cinnamon and a hint of ginger add favor. I covered the whole thing with a cream cheese glaze, because no one stopped me, and to make your new year extra sweet. 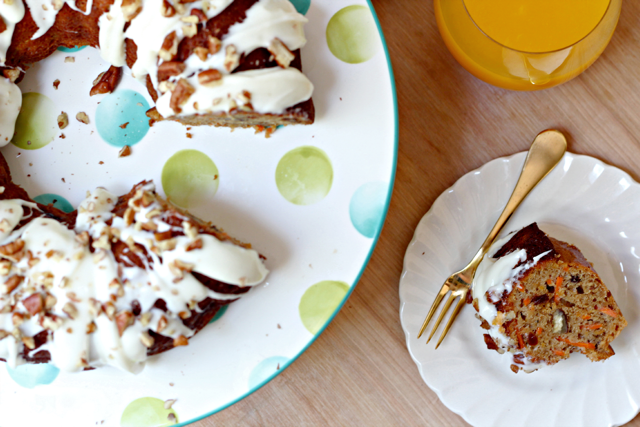 Tzimmes means “making a fuss” in Yiddish, which makes sense when you think about it. All that vegetable scrubbing and peeling and chopping and long slow cooking. It’s a bit fussy! But this cake is easy. I didn’t even have to break out my hand mixer! 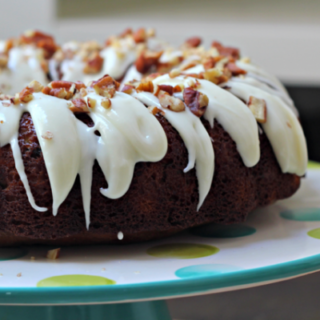 Amy Kritzer
When remixing this classic, I decided to embrace the qualities of American tzimmes rather than fight them, and turn the stew into a cake. The carrots and sweet potatoes add incredible moisture, chunks of booze-soaked raisins and walnuts add texture, and lots of cinnamon and a hint of ginger add flavor.
0 from 0 votes
Print Recipe Pin Recipe
Prep Time 30 mins
Cook Time 1 hr 30 mins
Total Time 2 hrs
Course Dessert
Cuisine Jewish
Servings 16 servings 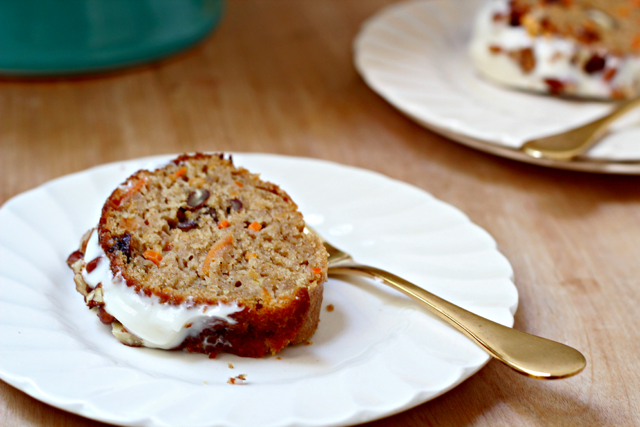 This recipe was originally featured on The Jewish Week!