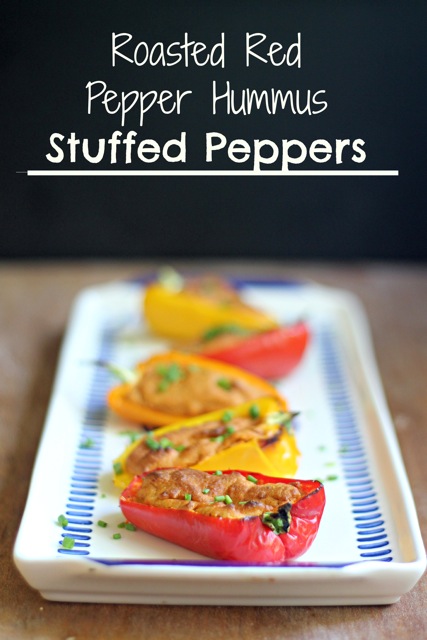 It’s the very last day of the Pepper Party (noooooooooo!) It’s sad, I know. I hope y’all have gotten some tasty new recipes to add to your repertoire like Mini Asian Vegetable Pizzas, Onions and Pepper Naan Pizza, Slow Cooker Roasted Red Peppers or Steak Fajitas with Drunken Peppers. I know. So tasty!

For my third recipe, I made an embarrassingly easy stuffed pepper appetizer. I found these adorable baby bell peppers at my local market, and could not resist their charms! I love mini food, don’t you? Just slice them in half, scoop out the veins and seeds and fill with my Roasted Red Pepper Hummus, broil, garnish with chives and enjoy! 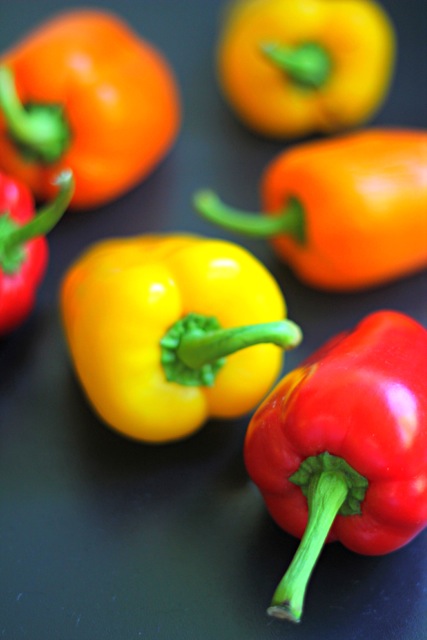 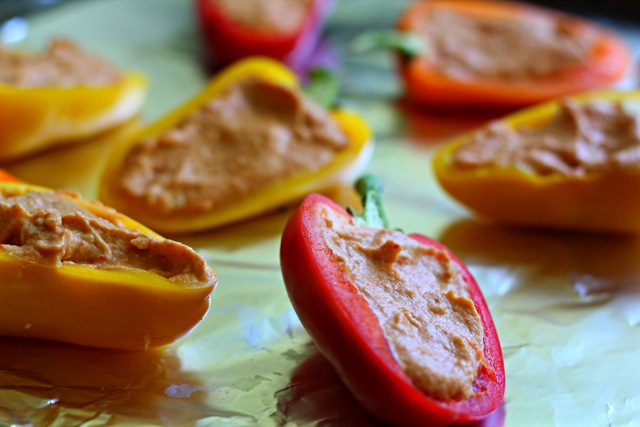 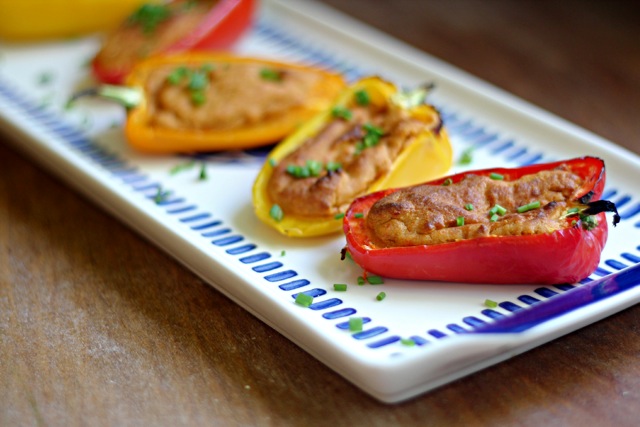 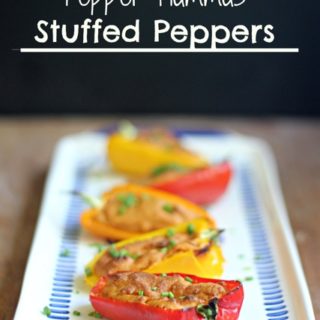 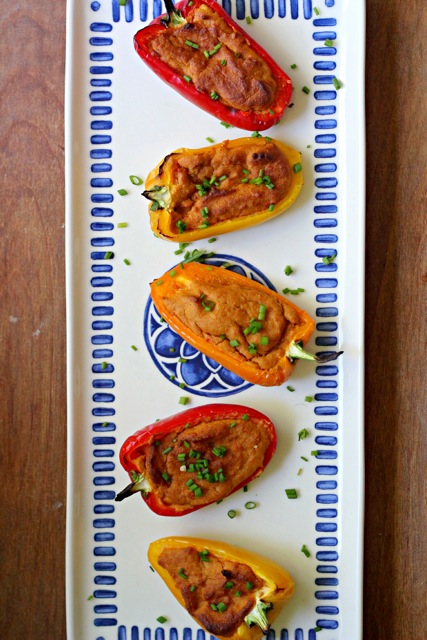 The giveaway is over! Thanks for entering! 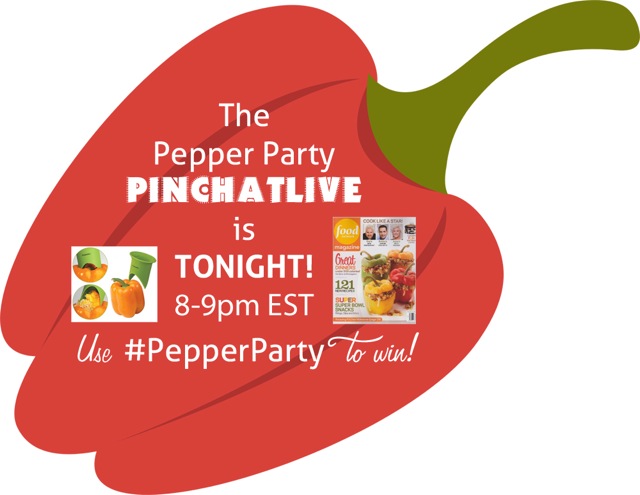