Should Jewish Gifts Be as Cool as Jewish People? Shop here.
You are here: Home / All / Three Mushroom Barley Soup
Jump to Recipe Print Recipe

Three Mushroom Barley Soup is “soup”er hearty and delicious! (Get it?) Don’t tell anyone it’s vegan too. 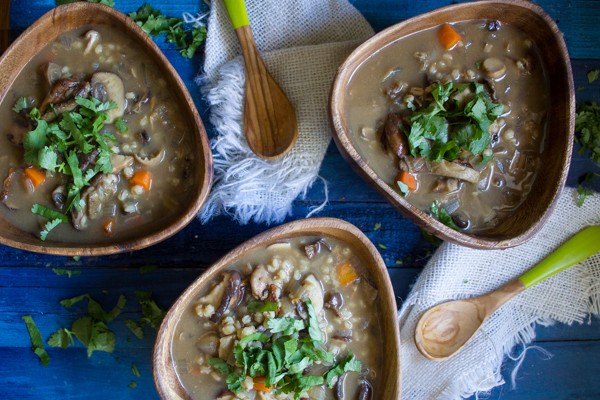 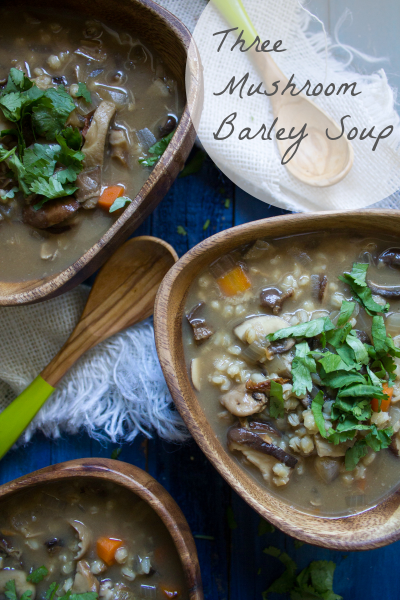 Okay raise your hand if you abandoned your resolutions already. (Sheepishly raises hand.) No shame in it. I normally don’t even make resolutions, but I was going for sober January which didn’t even last a week (and I started late) so now I’m going for balance. Yes, balance. Ommm. And last weekend was all about it. I spent Friday and Saturday at the R3 Summit put on by Prevention Magazine. (You may remember I attended last year with Bubbe!) And Sunday I headed out on a party bus to Deep Eddy Vodka Distillery on a tour lead by a drag queen. Yes, balance.

Anyhoo, Friday night was a dinner put on by Chef Monica Pope. And Saturday there were speakers and food demos and cool vendors to check out. Some highlights were meeting Joan Lunden, ogling over Travis Stork, noshing with local chefs, and getting sex tips from the hysterical Dr. Lauren Streicher. 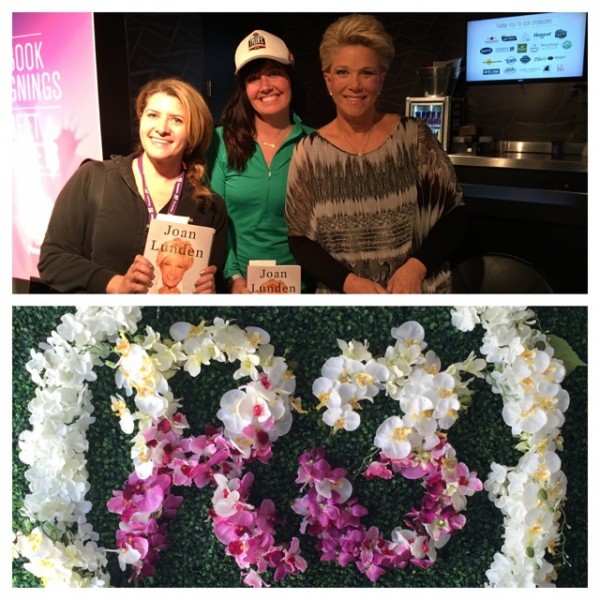 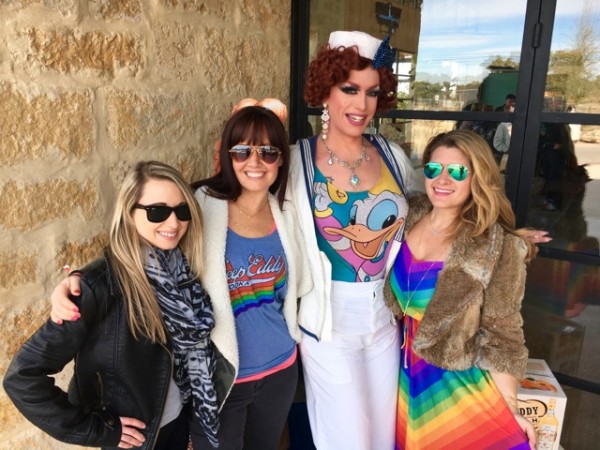 So Monday was for detoxing. AKA soup and The Bachelor! Tell me you’re watching the madness. 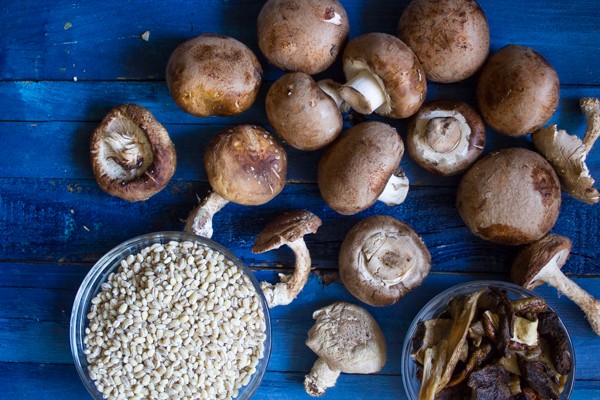 Mushroom barley soup is an Ashkenazi classic, but I wanted to put my own twist on it of course. 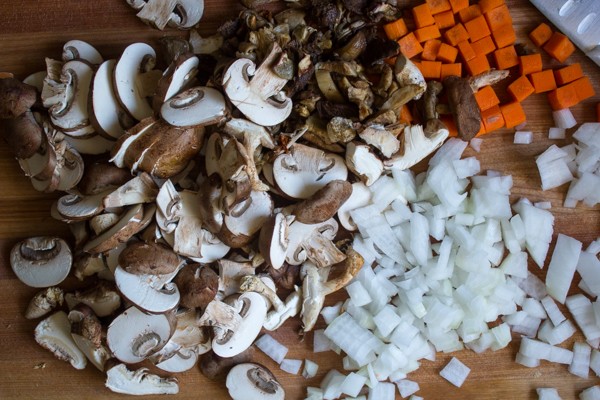 I add tons of different mushrooms for a mix of textures and flavors: shiitake, porcini and baby portabellas. 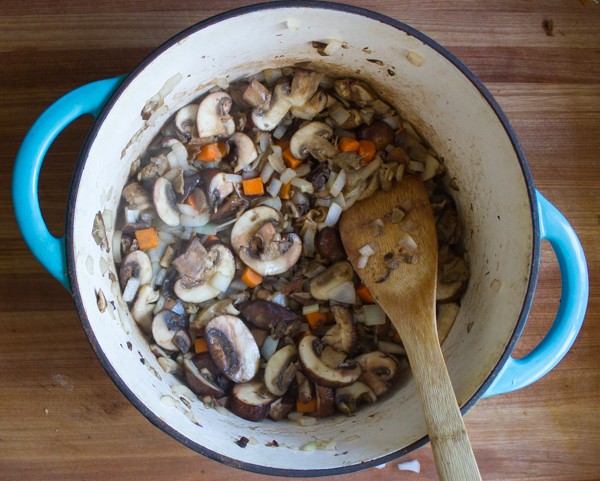 Instead of cooking everything together into a mush, I cook the barley separately and add it at the end after I’ve thickened the soup thickened with roux. 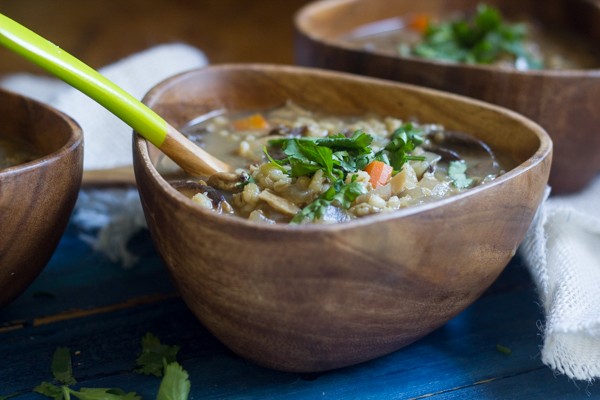 The last touch is a parsley garnish, which adds freshness and color. The result is an updated classic with tons of flavor. Yay! 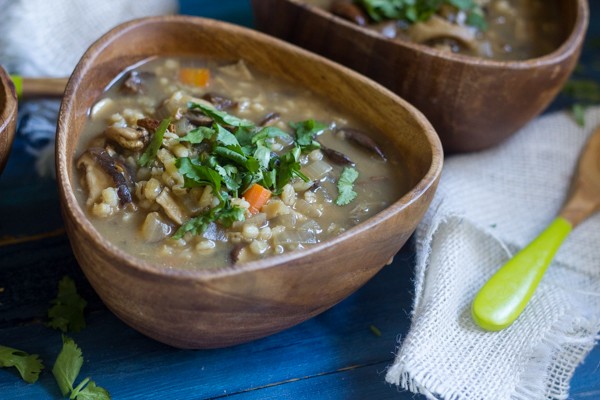 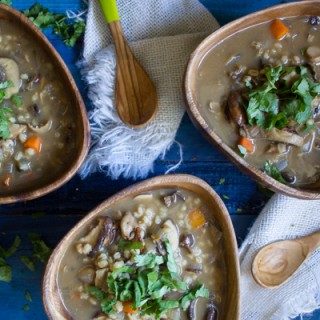 The original recipe for Mushroom Barley Soup appeared on The Jewish Week! 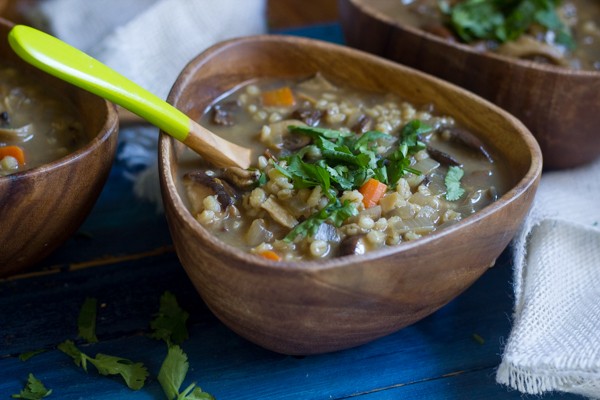