Should Jewish Gifts Be as Cool as Jewish People? Shop here.
You are here: Home / All / Pumpkin Pie Stuffed Latkes
Jump to Recipe Print Recipe 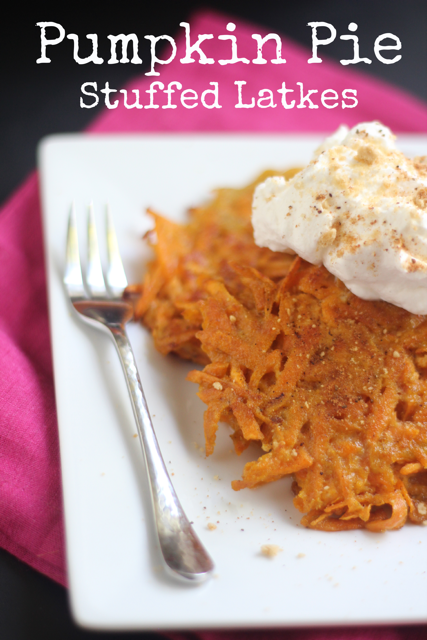 This is approximately my 105th Thanksgivukkah recipe. Give or take. By now you may be thinking, another combo recipe, when will the madness end?!?!? Well, Thanksgivukkah is tomorrow, so soon enough my friends. Soon enough! Some people want their holidays- and food- separate. It’s kind of like your birthday falling on Cinco de Mayo. Do you have margaritas and cake? It’s almost too much! (Margarita flavored cake? Hmm now there’s an idea!) 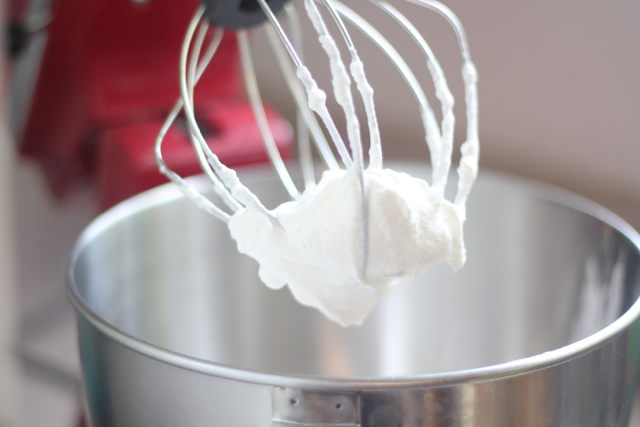 Any doubts you may have will subside when you get a load of these suckers. Thanksgiving is nothing without pumpkin pie. And turkey. And gravy. And stuffing. Mmmm stuffing. But mostly pie. Normally I like savory latkes, but these sweet stuffed ones changed my mind! 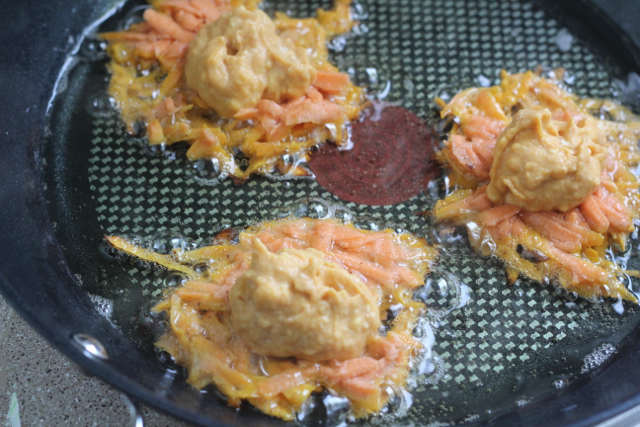 Stuffed with lots of fall flavors- cinnamon, cloves, and topped with a perfect whipped cream. Pie is so 2012. 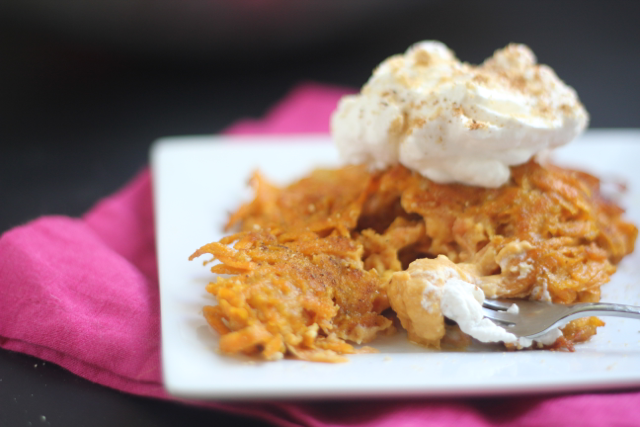 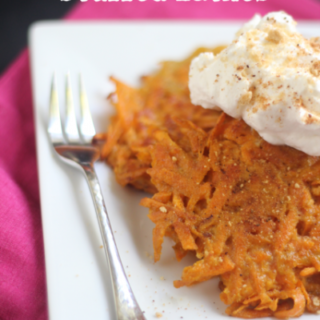 This recipe originally appeared on The Jewish Week! 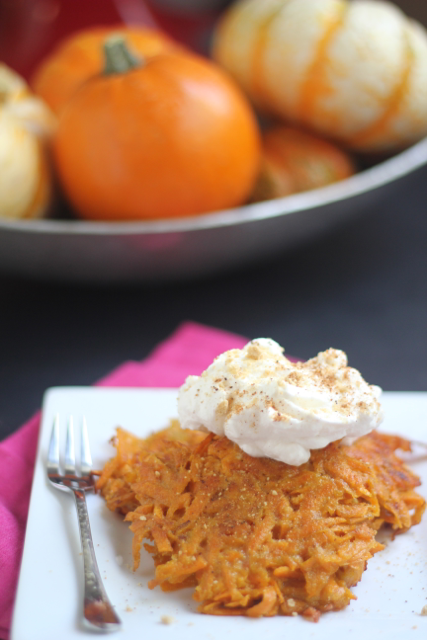