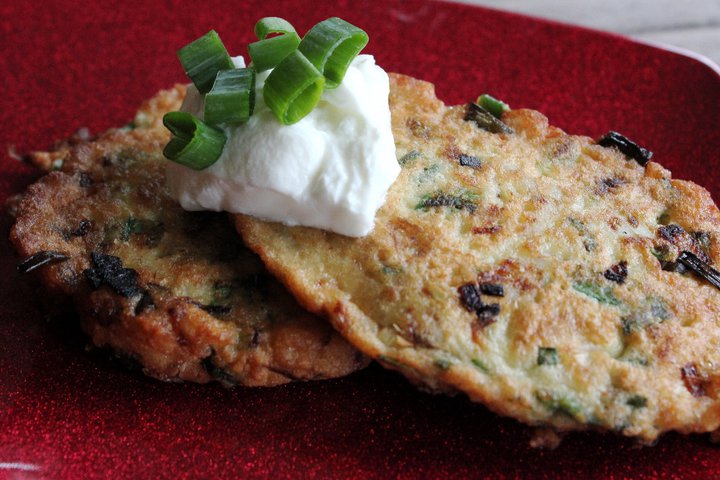 In the next few weeks, I will delve into some (hopefully) tasty Passover friendly recipes. Lucky Jew! Ready for a five second history lesson? Super! Passover is one of the major Jewish holidays- it’s no Christmas, but it’s a pretty big freaking deal. On Passover we honor the Jewish Exodus, in which God inflicted the ten plagues on the Egyptians to help the Jews escape slavery. Goes right in line with in line every other holiday, right? God told the Jewish people to mark their doors with sheep’s blood so He would “pass over” (ha get it, pass over, Passover? What a sense of humor!) their homes when He inflicted the tenth and worst plague- the death of the first born son. After locusts, hail, darkness and now this, ten was enough for the Egyptians. When the Egyptian ruler Pharaoh freed the Jews, they wasted no time getting the heck out of there- they didn’t even leave time for their bread to rise! Which is why we eat the delicious food called Matzah in remembrance of the holiday. Well I don’t want to bore you; I will save my other Passover factoids for future weeks, so make sure to tune in. Now, onto the food!

We already know how much Jews LOVE Chinese food, so I thought why not bring our neighbors to the east along for the bread free week as well? I adapted this super tasty recipe from Epicurious and thought it would make the ideal Passover treat. Plus, the whole thing took me about 30 minutes to make, giving you plenty of time to make an awesome meal and escape slavery, or whatever is on your to do list for the day. Hooray!

First, cook scallions in 2 teaspoons of oil in a saucepan over medium heat until golden brown until pale golden brown (I forgot about mine for a bit so they got extra golden.) I added a lot more scallions because I love them!

After your scallions are cooked, remove from heat and stir in the scallion greens. In a bowl, whisk together eggs and water, then stir in matzo meal, salt, pepper and the scallion mixture. 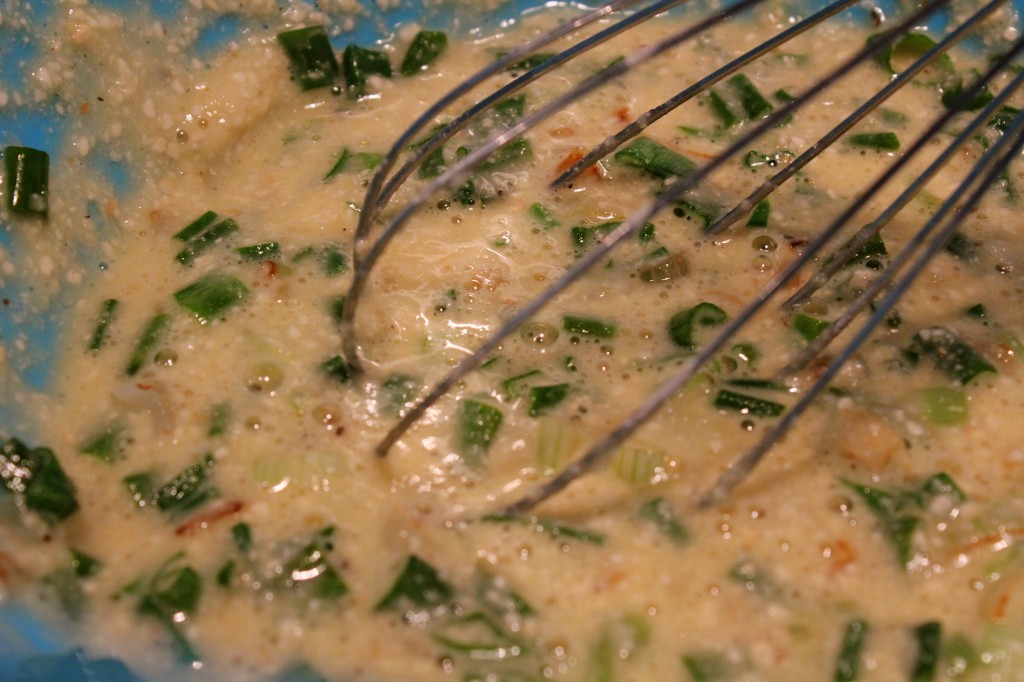 Now you are ready to fry! Don’t these remind you of latkes? (My first recipe!) In a large skillet, heat 1/2 cup of oil over medium heat until hot. Drop spoons of batter (about 3 tablespoons per pancake) into the hot oil and flatten into a round. Cook pancakes until undersides are golden, about two minutes. Then flip and cook another minute and a half. Transfer cooked pancakes to a paper towel and repeat, adding more oil when needed. I topped mine with a little sour cream (because I am weird) and MORE scallions (why are they so delicious?) 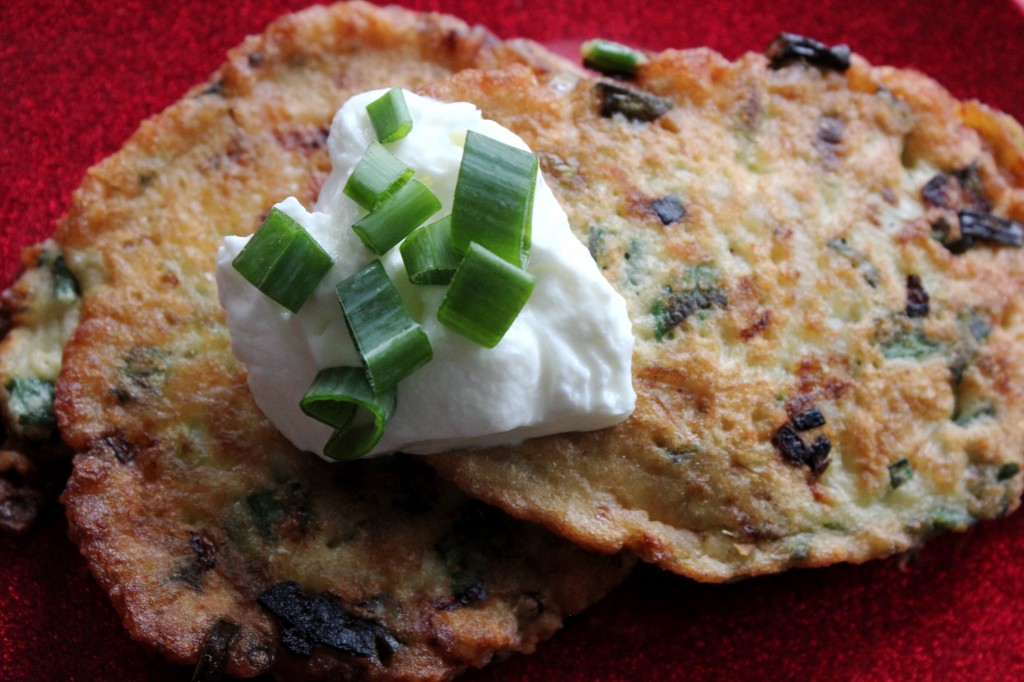