Should Jewish Gifts Be as Cool as Jewish People? Shop here.
You are here: Home / Appetizers / S’mores Latkes
Jump to Recipe Print Recipe

Who says latkes have to be savory? These S’mores Latkes sandwiches are rich, gooey, and so naughty you’ll be happy Jews don’t have to worry about where you’ll end up on Santa’s list. (Hint: it’s not the nice list.) 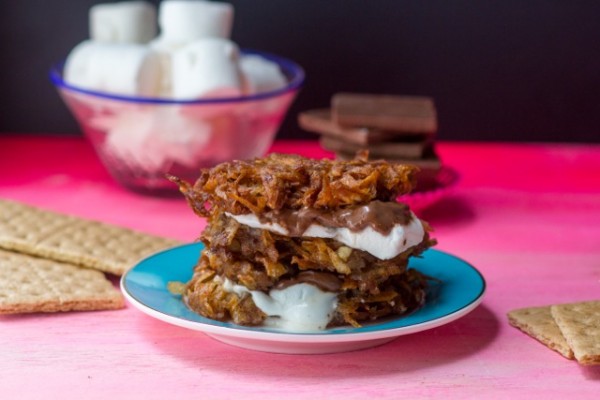 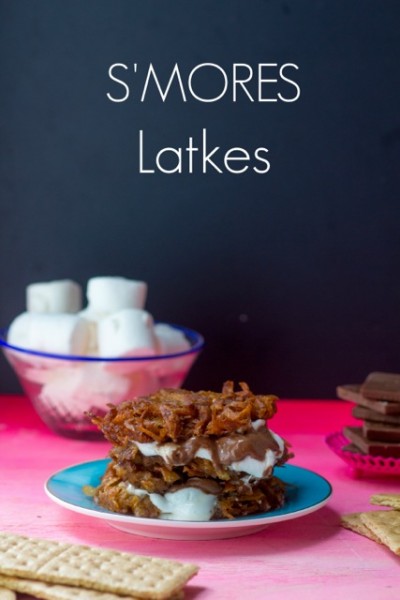 So this is one of those recipes you’re just going to have to make to understand its complete awesomeness. I first thought of s’mores latkes when we were making the treat one night last summer around 2am. Totally sober, of course. We decided to get creative in the kitchen, and incorporated some additions found around the kitchen. Peanut butter was a success. Pretzels, not bad either. But the winner was potato chips. Salty and crunchy and sweet. Oh just heaven.

And what is a potato chip? Basically a latke, right? Following? I like to think of potatoes as a neutral carb. A canvas for awesomeness. So how about stuffing marshmallows and chocolate betwixt two graham flavored latkes?? Oh yeah. 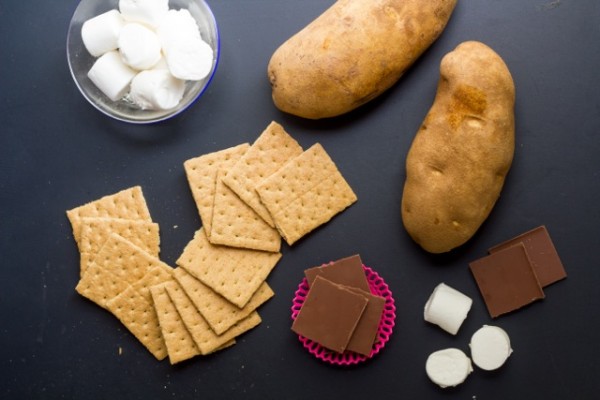 Oh and because great minds think alike, go check out Melinda’s version of s’mores latkes too! I like her version. A lot. 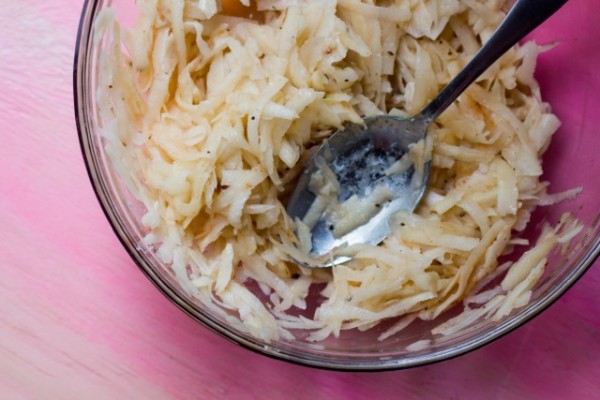 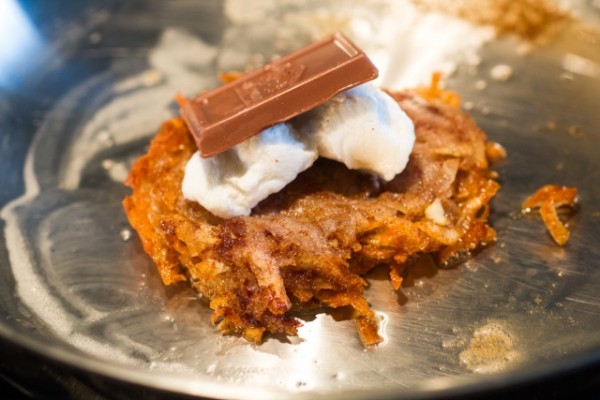 I like these too because they are fun for Hanukkah party guests to make and are super kid friendly. Though you should may just want to be alone with the latkes. No judging. 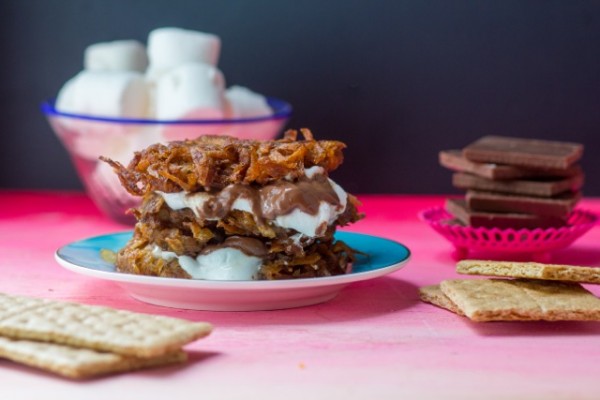 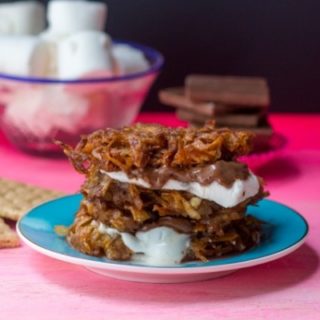 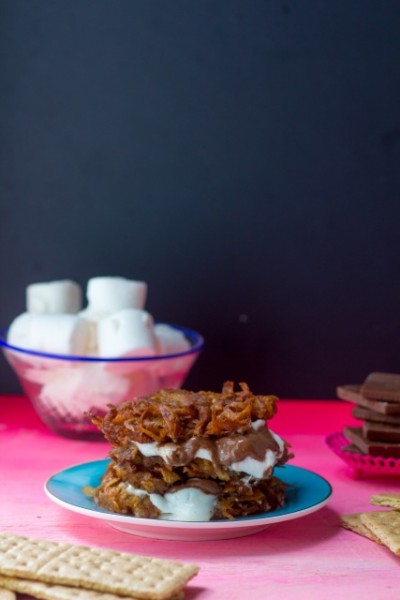 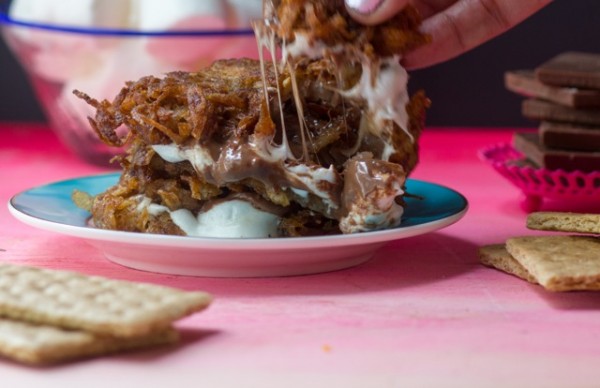