You are here: Home / All / Shhmaltz Austin

I wrote the below review as part of the Austin Food Blogger’s Alliance’s Annual City Guide. I’ll post the link to the whole piece when it’s finished! There will be tons of great tips if you plan on visiting or live in Austin. 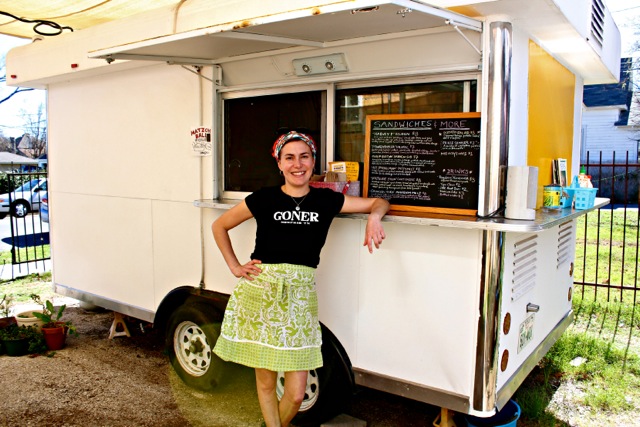 Austin, Texas is known to have a booming food scene. But it’s more migas and BBQ than bagels and knishes. “Shhmaltz,” which literally means chicken fat (and is also slang of overly sentimental), may not be the first name you would think of for the vegetarian Jewish-style food truck, but their tasty sandwiches and sides you won’t soon forget. 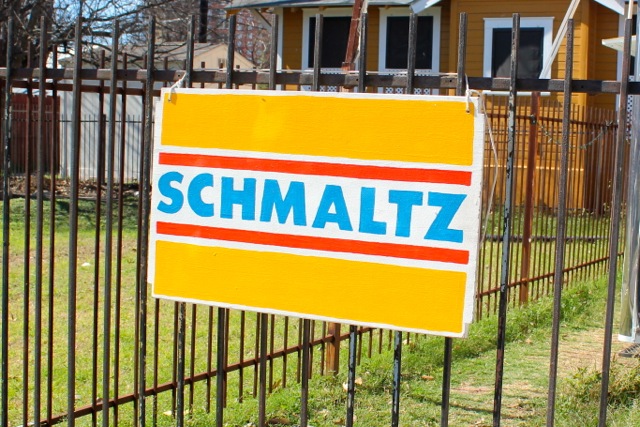 Owner Julia Hungerford grew up Jewish and vegetarian in Knoxville, TN. But her love of meat-free cuisine really  grew when she visited Israel at age 11, where it was much easier to find a vegetarian meal thanks to the kosher diet. Vegetarian cuisine was not prevalent in East Tennessee, but The Falafel Hut in Knoxville. had the best falafel she had ever tasted. The restaurant has since closed, but it remains a big influence.  Hungerford’s Polish grandmother also influenced her cooking.“My grandmother is a great cook. She didn’t have recipes, you just put these things together.”
As an adult, Hungerford worked in the food industry, and took it as fate when a friend was selling her food truck. She purchased it and fulfilled her dream of opening a deli a little over a year ago. Hungerford recognized that vegetarian food does well in Austin. Vegetarian Jewish deli was a niche not currently being filled, and she wanted to supply fresh, local deli food. 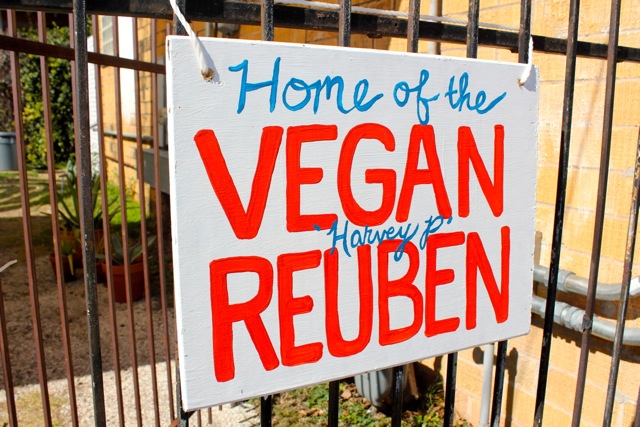 Hungerford evolves the menu as her tastes change, and tries to incorporate local Austin ingredients whenever possible. She makes her own kombucha in-house, and most of the recipes can be made vegan or gluten-free. Hungerford has also been playing around with raw recipes.

The menu items are named after Jewish writers and artists.  Some standouts are the “Harvey P” Reuben, with seitan “pastrami” with fresh cabbage instead of sauerkrait on marble rye with a vegan smoky sweet chipotle Russian dressing and the “Art Spiegelman” Pattymelt with crispy falafel and melted Swiss cheese.. Most of the recipes can also be made vegan. Home-brewed Kombucha and the house made pickle sampler are also must-tries. 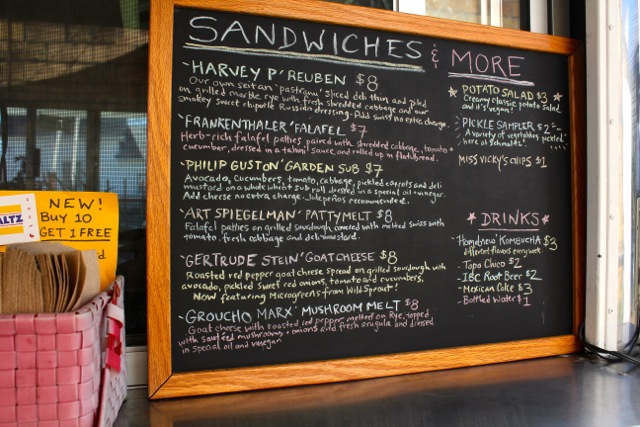 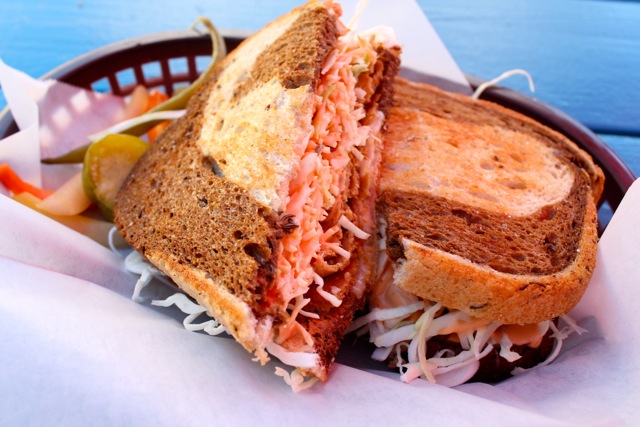 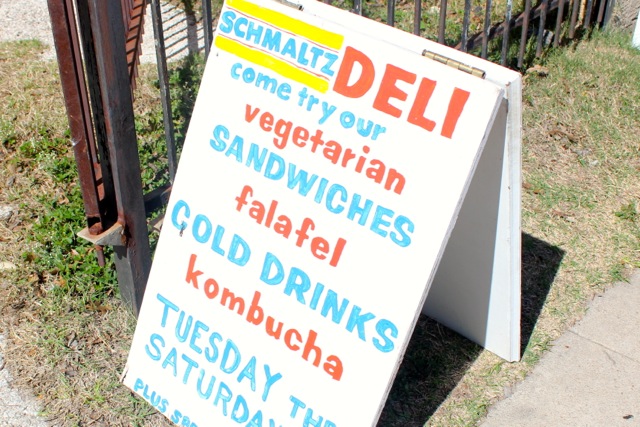