Should Jewish Gifts Be as Cool as Jewish People? Shop here.
You are here: Home / All / Rainbow Latkes
Jump to Recipe Print Recipe 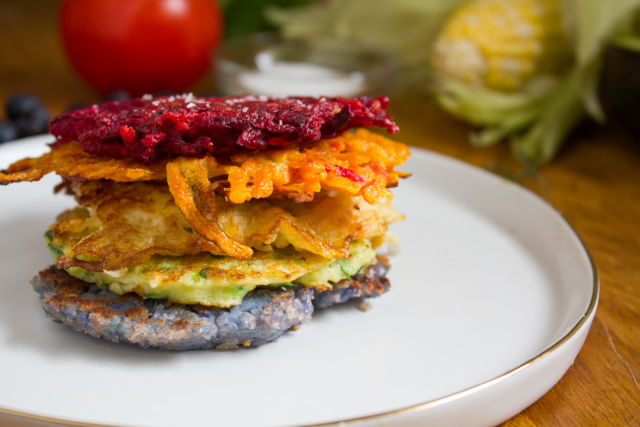 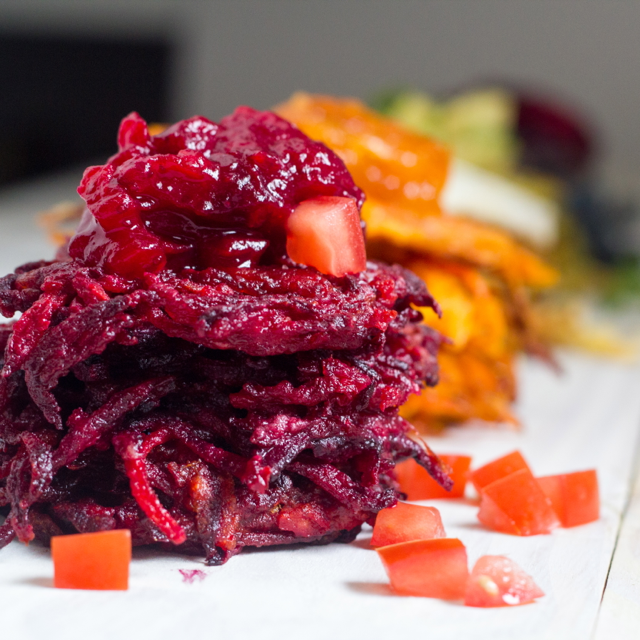 I can’t take complete credit for these colorful latkes. A few months back, I roomed with Sam during the IFBC conference in Seattle. We were chatting about super cool bloggy things like subscription lists and photo editing. Riveting stuff! Ah the glamorous life of a food blogger. Then we moved onto recipe ideas.

Sometimes people ask me how I come up with these recipes. Okay, usually just my Mom asks me. But maybe everyone else is shy. (Sure, Amy.) I keep a running list in my phone (I’m technical like that) and get inspiration all over the place! I love using my Texas surroundings (hello Latkes Nachos), getting ideas from eating at new restaurants or reading about food. 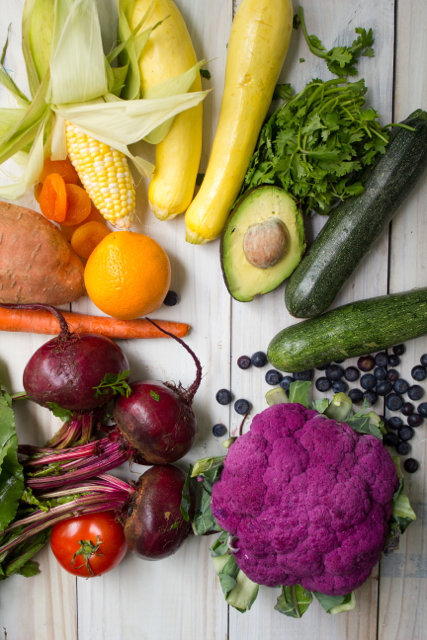 But this inspiration was a little different! I have always loved rainbows (it’s my second favorite color, after glitter.) So I started dabbling in less than natural rainbow food. Rainbow challah (there are some sweet pics of me in that post), rainbow bagels. But never rainbow latkes. That is, until now. Sam suggested rainbow latkes from natural ingredients and our minds started working! No dyes here, son!

Since I was making a crap ton of latkes, this seemed like a good idea to to bust out my new KitchenAid Food Processor Attachment

. I normally grate my potatoes and such by hand, but the food processor made it so much faster! I grated everything up in no time at all. Color me impressed (see what I did there?) 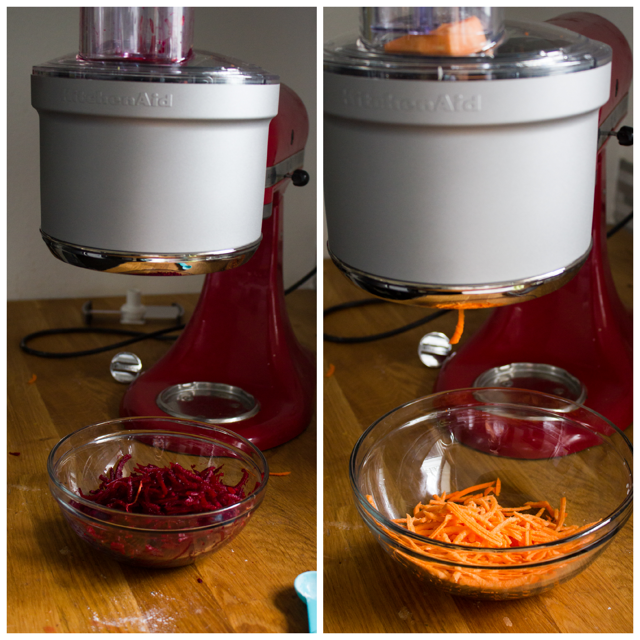 . I needed almost every piece of cookware to fry latkes simultaneously and make some of the toppings. They are heavy (as in sturdy), cooks food evenly, and easy to clean (I hate cleaning). Love them! 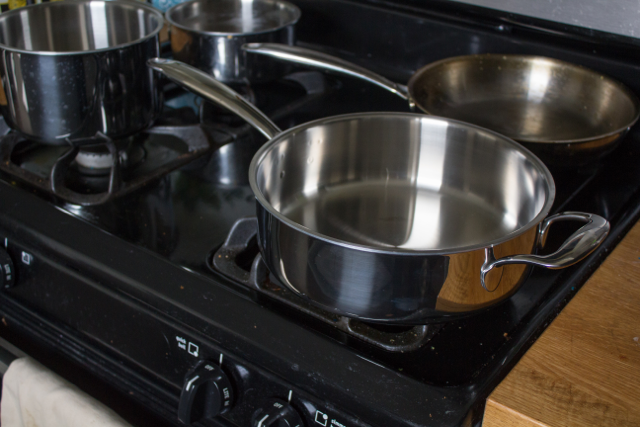 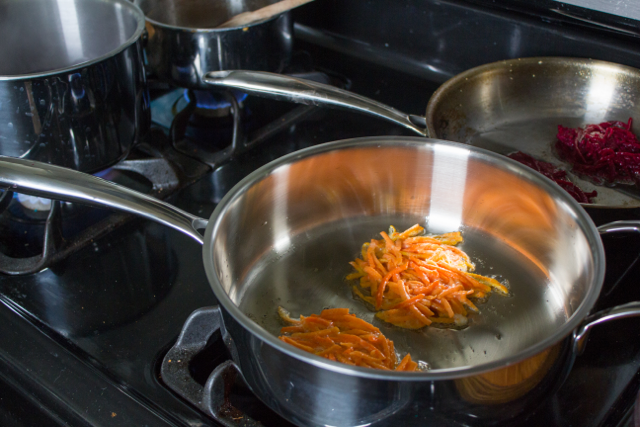 Here they are in their glory! 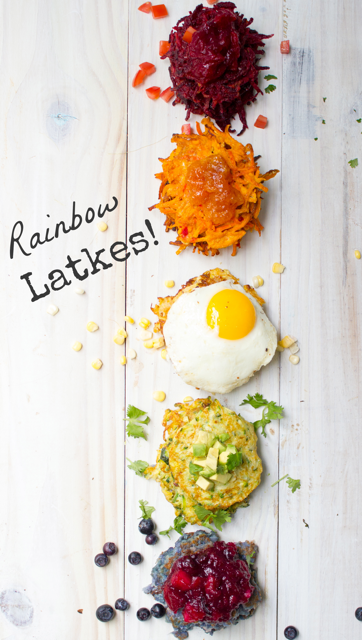 What is each latke? Glad you asked! May I introduce you to…

Beet and Red Onion Latkes with Cranberry Sauce (Kinda purple-red. Bare with me. And yes I do mean get naked with me.)

Sweet Potato Carrot Latkes topped with Apricot Jam (Lox would be so good here too! Just thought of that.)

Yellow Squash, Corn and Cheddar Latkes with a Fried Egg

Zucchini Latkes with Avocado and Cilantro 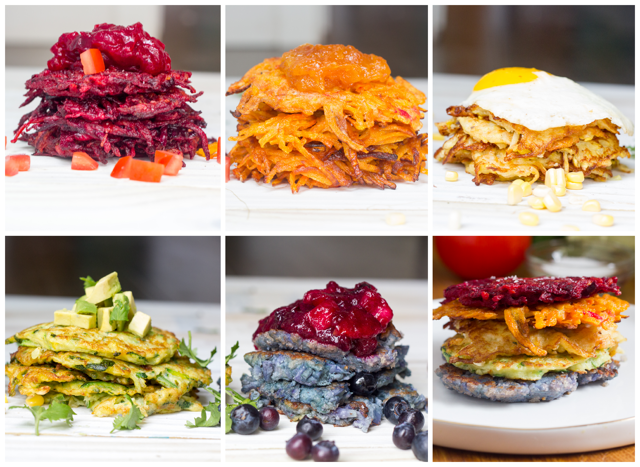 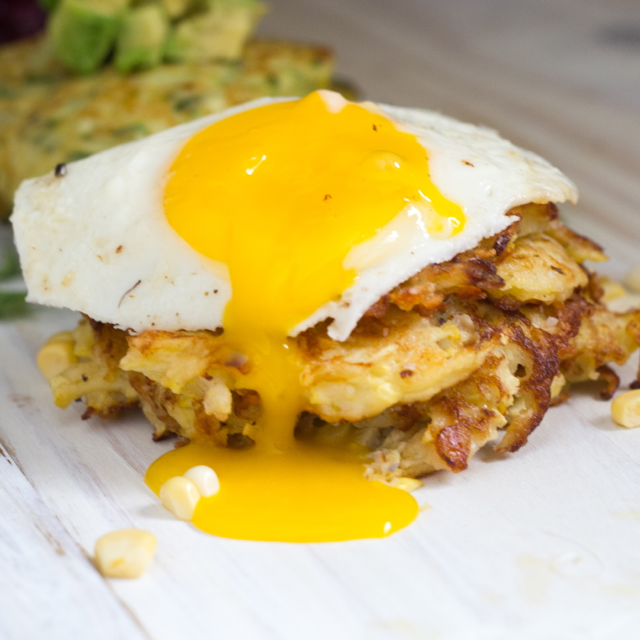 What would you make rainbow latkes with?? 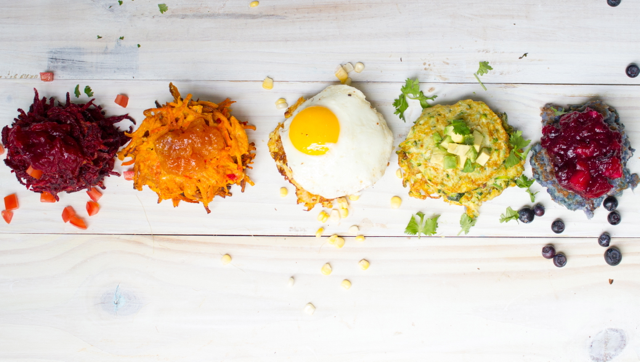 Here is the recipe. It looks scarier than it is, I swear. 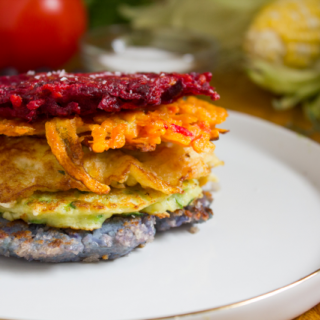 Make sure to ring out moisture in latkes, this helps the crispiness! Each latkes recipe makes about 8 latkes, feel free to double or triple!
Like this recipe?Leave a comment or rate us above

This post contains Amazon affiliate links and KitchenAid products given to me, but all opinions are my own. Thanks for supporting WJWE. Jew rock!