You are here: Home / All / Patrón Secret Dining Society Comes to Austin! 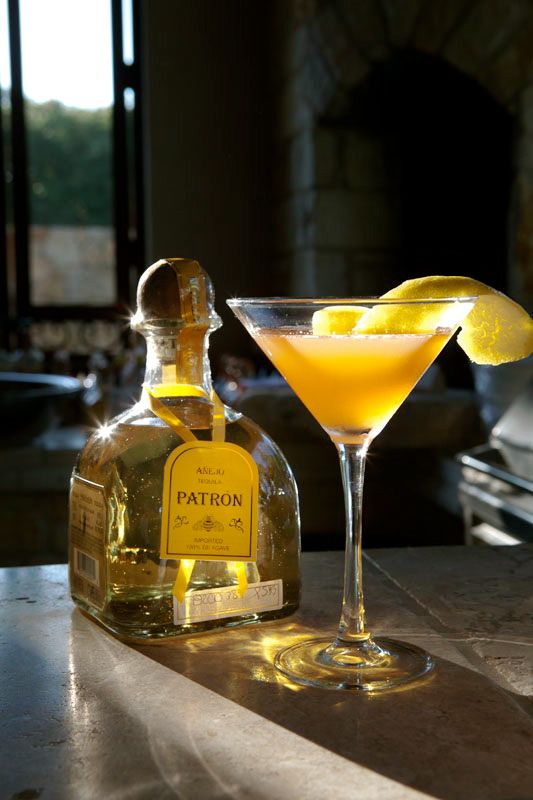 How does sipping Patrón cocktails and noshing on tasty food at a picturesque Texas Hill Country ranch surrounded by prancing endangered animals sound? Sounded good to me too! I teased about it in my cheesy spinach square post earlier this week, so now I’m back to reveal all the secrets of the Patrón Secret Dining Society dinner I had the pleasure of attending last week! 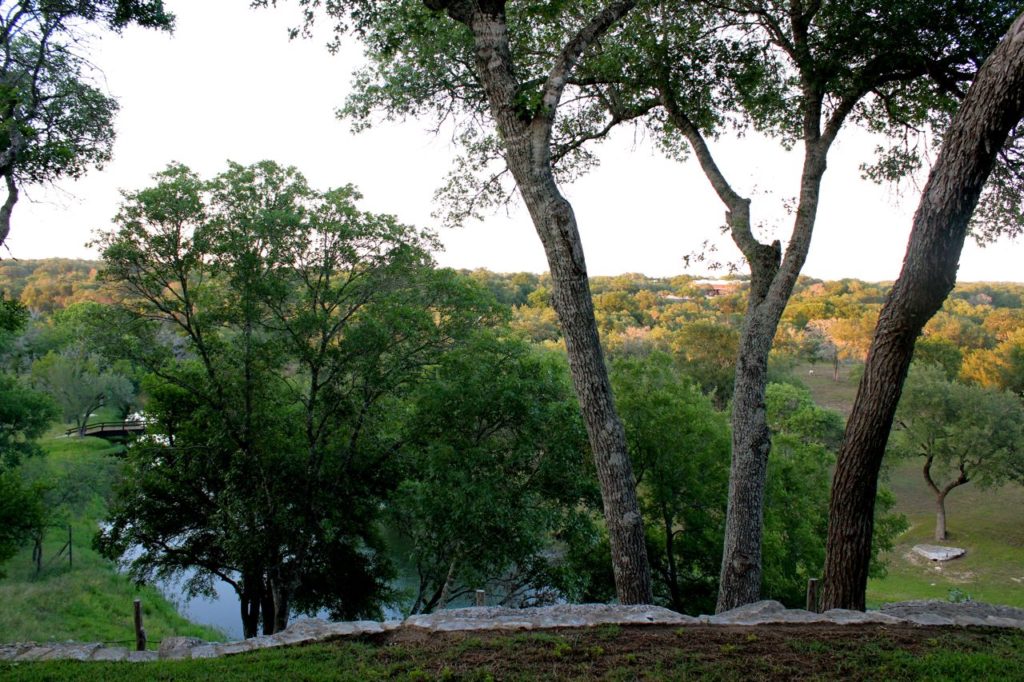 View from the ranch- this photo does not do it justice at all! Plus you can’t see any animals. Lame.

When I received a text message the day before the event to meet at a supermarket 30 minutes outside of Austin at 6:30 PM SHARP, I was not so sure this wasn’t a crafty kidnapping attempt. But the text promised booze, so I gave my whereabouts to my 10 closest friends and schleped out to Hill Country. There I met 40 lucky members of the Patrón Social Club who had won admittance to the dinner (I got a press invite) and we gathered anxiously awaiting instructions on the previously undisclosed venue for the dinner. This was a pretty gourmet supermarket, but I was hoping the dinner would be somewhere slightly classier. After a Patrón representative revealed the address of the final location, we drove over to a gorgeous 100-acre ranch down the road and were immediately greeted with an “Austin Sunset” cocktail (pictured above). Hoorah! My kind of party. We then hopped on tractors and rode in style to the main house. 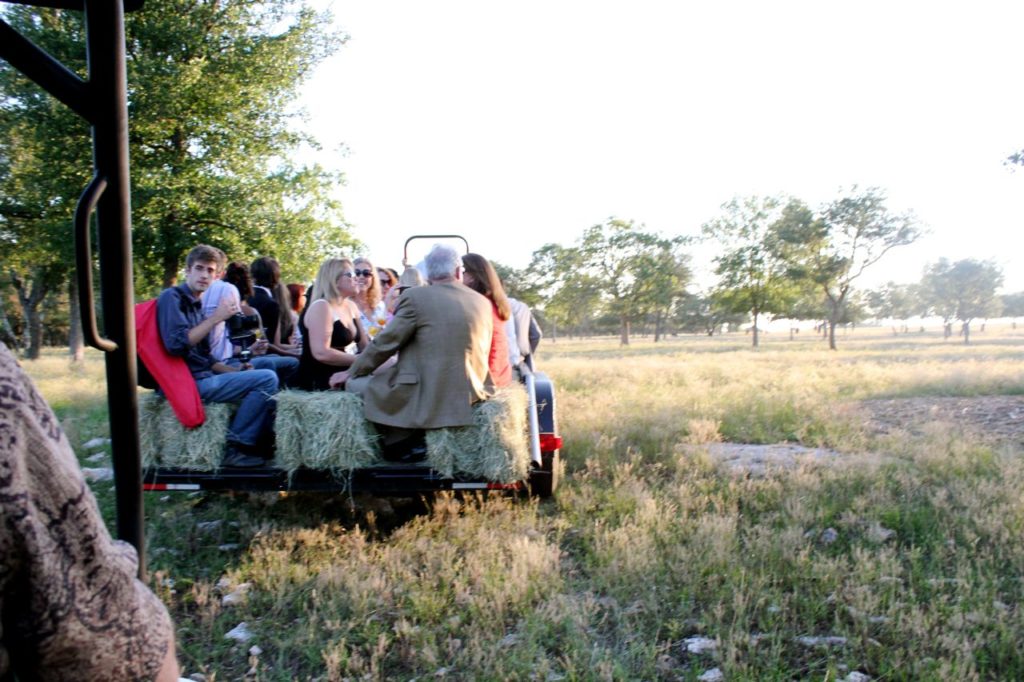 The peon tractor- I was on the press tractor behind this one!

The tractor driver described the ranch to us as we drove- it is home to dozens (hundreds?) of animals. Some of which are even extinct in the wild! I had never seen an extinct animal before! You know what I mean. Which animals did I see? Great question! Unfortunately, I was too enthralled in my cocktail at this point to make note. Oops. 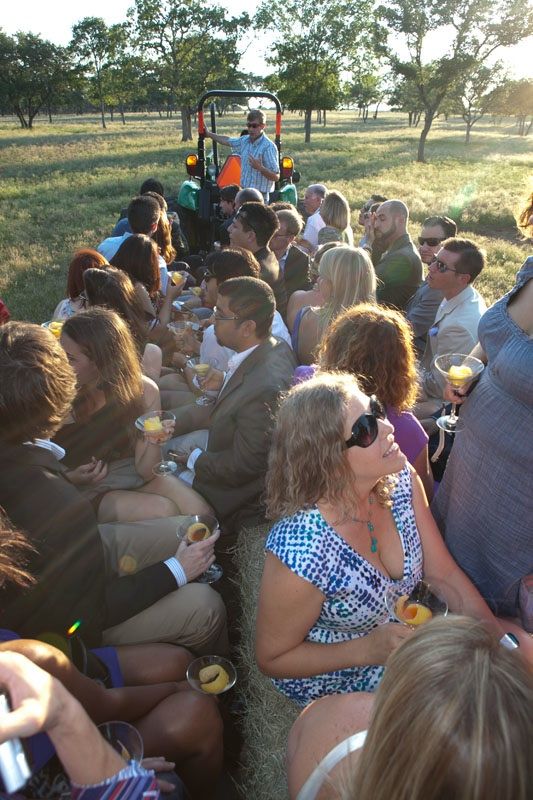 Finally we got to main house and it was then the destination was revealed- dinner would be served at the private ranch of Jean Paul DeJoria– co-founder of Patrón Spirits Company and Paul Mitchell hair products. Whoa! 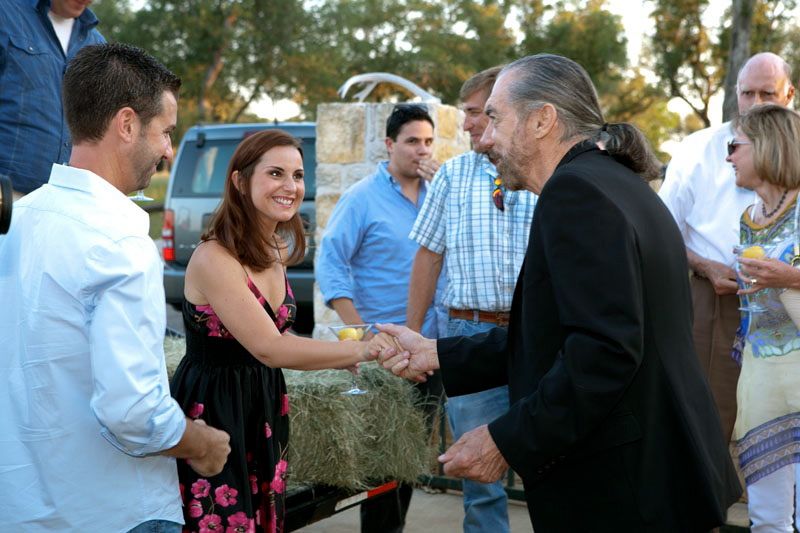 Jean Paul in the flesh!

You may be wondering, heck, I like tequila. How come I wasn’t invited? Members of the Patrón Social Club had an opportunity to answer a riddle released on the Social Club’s website. Out of over 730 entries, 20 winners and their guests received an invitation. To keep the event as hush-hush as possible, they received a text message like I did with a clue for the venue only a day before the event. So pretty much if you want an invite you should sign up for the Patrón Social Club! (If you are 21 of course. I don’t condone underage drinking!) They have some neat little features and drink recipes you can check out too. 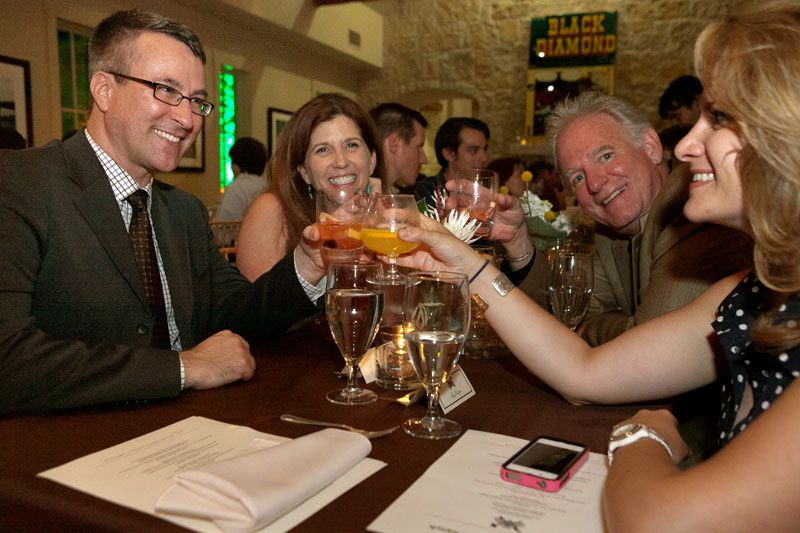 Totally candid photo with me and my new friends!

But the surprises did not end there. After DeJoria warmly welcomed his tequila enthusiast guests (he was seriously the nicest guy ever. And he has a really interesting life store. Read about it!) and made sure everyone had a Patrón cocktail in hand, he announced that local chefs Ned and Jodi Elliott of the much praised Foreign & Domestic would be preparing the five-course meal! For those non-Austinite readers, this is kind of a big deal. Here is a look at the menu: 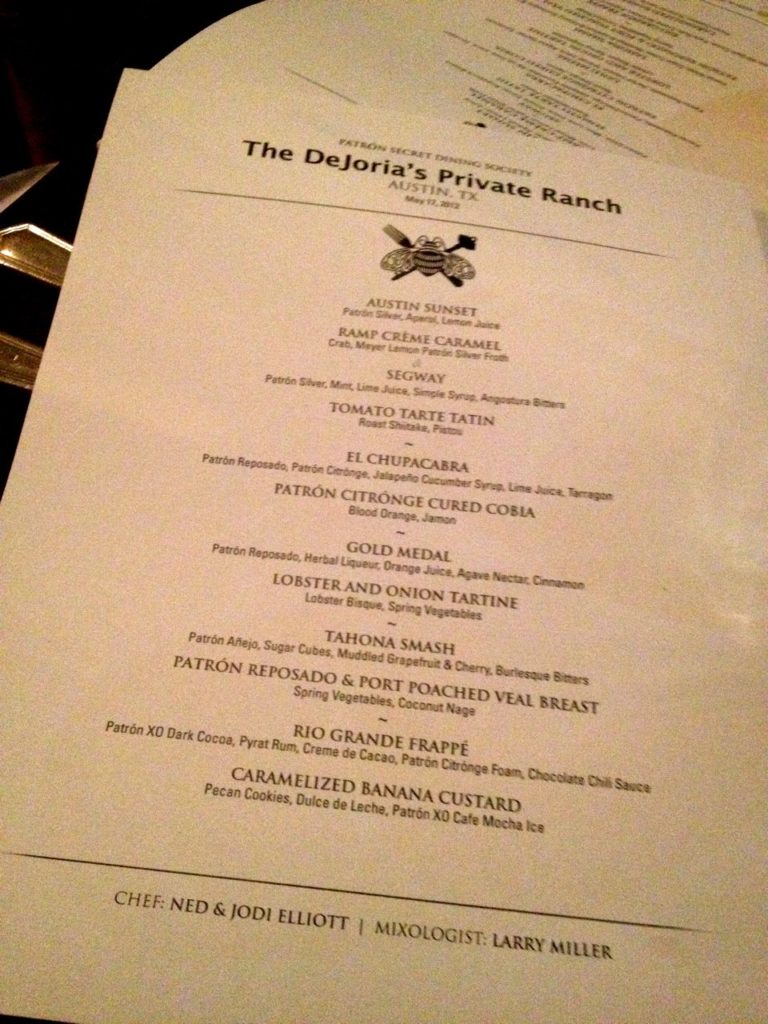 In case you can’t read that, highlights included a creamy Ramp Crème Caramel with a Meyer Lemon Patrón Silver Froth and an extremely tender Port Poached Veal Breast. It was all so good! Here are a few meal photos: 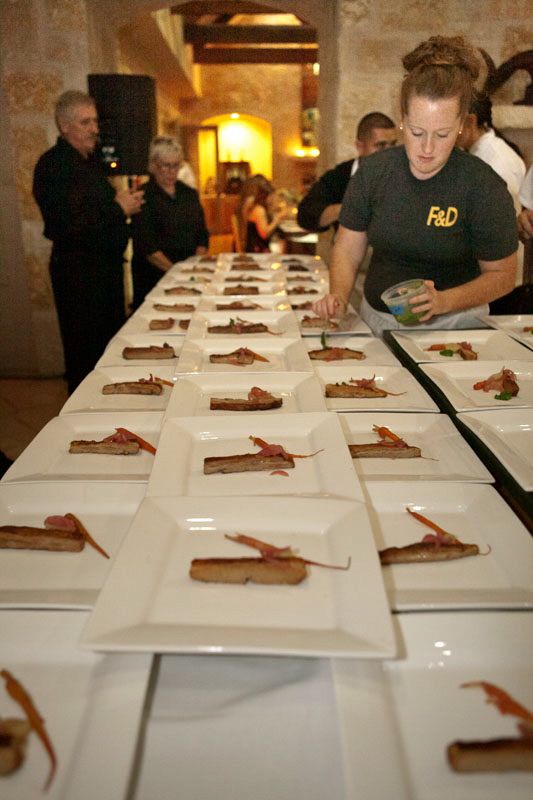 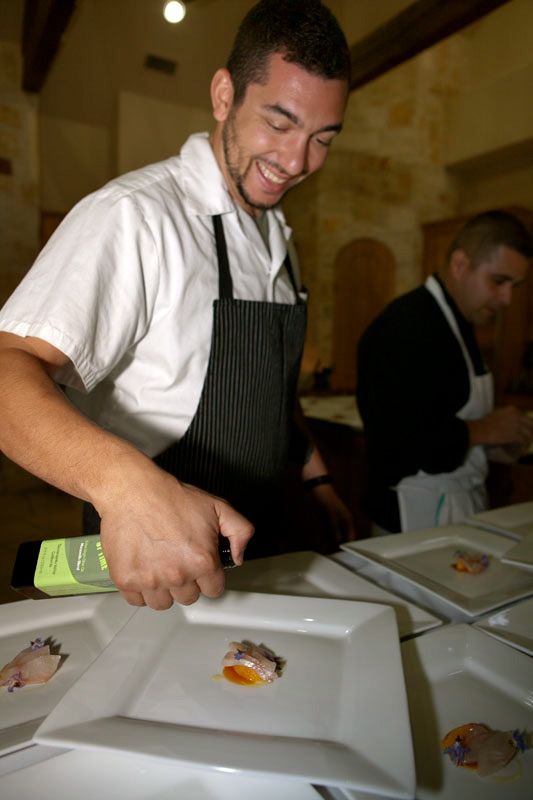 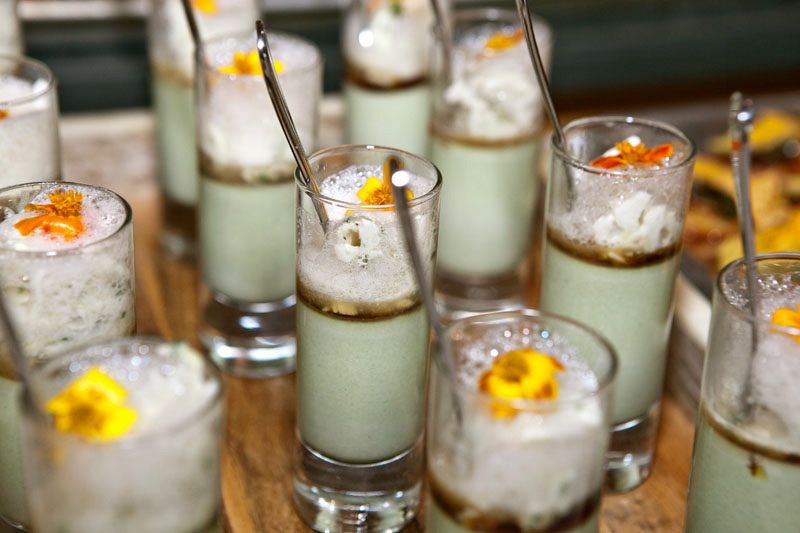 Freaking delicious Ramp Creme Caramel- I could have eaten 100 of these. 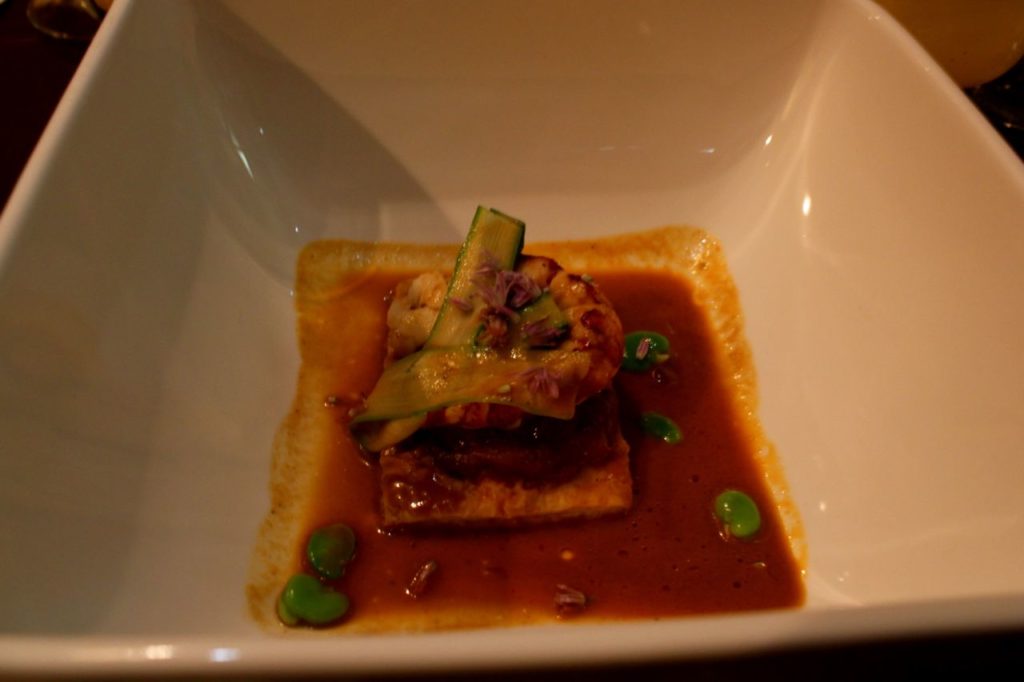 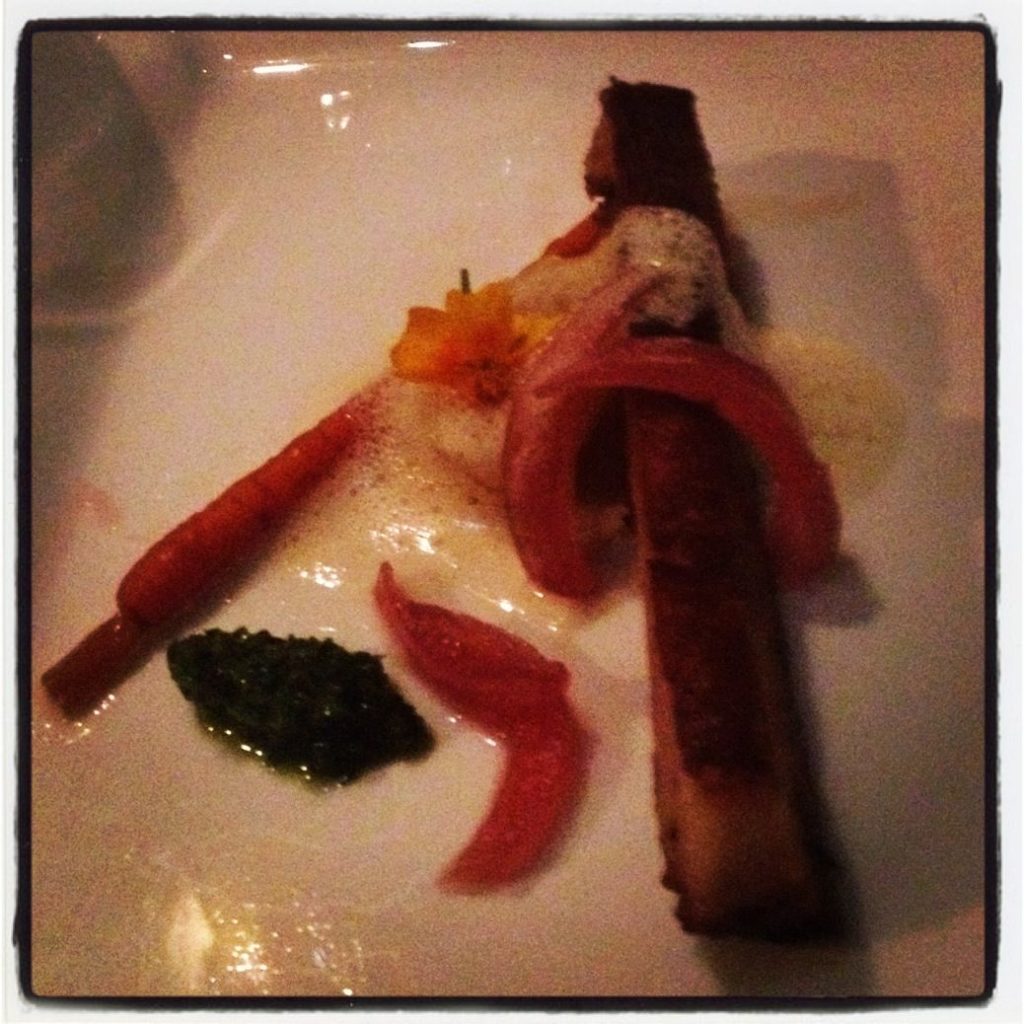 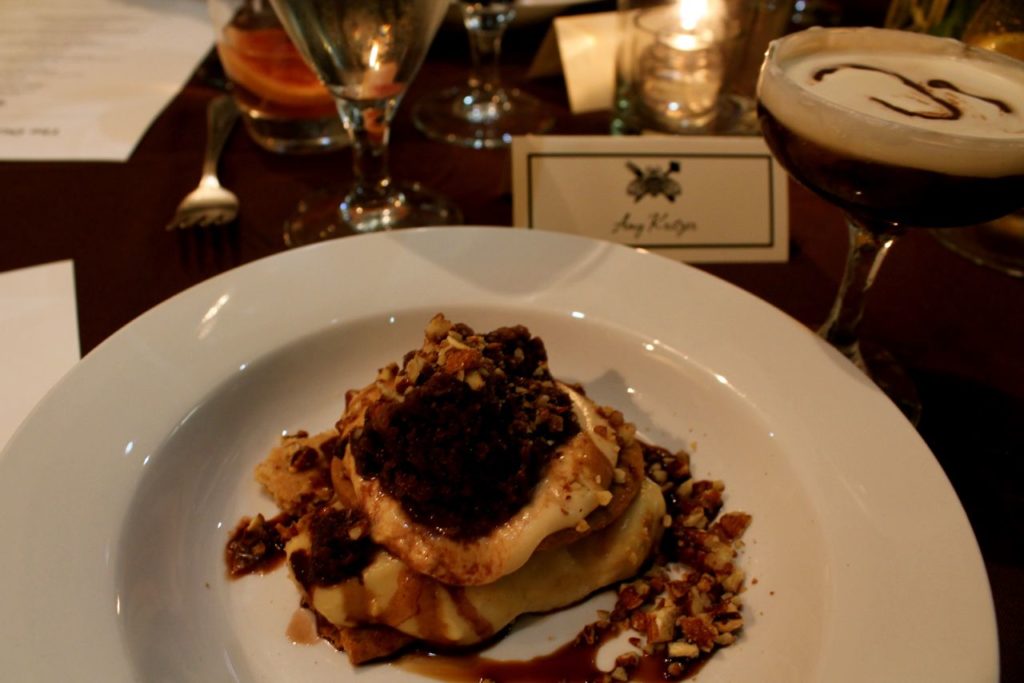 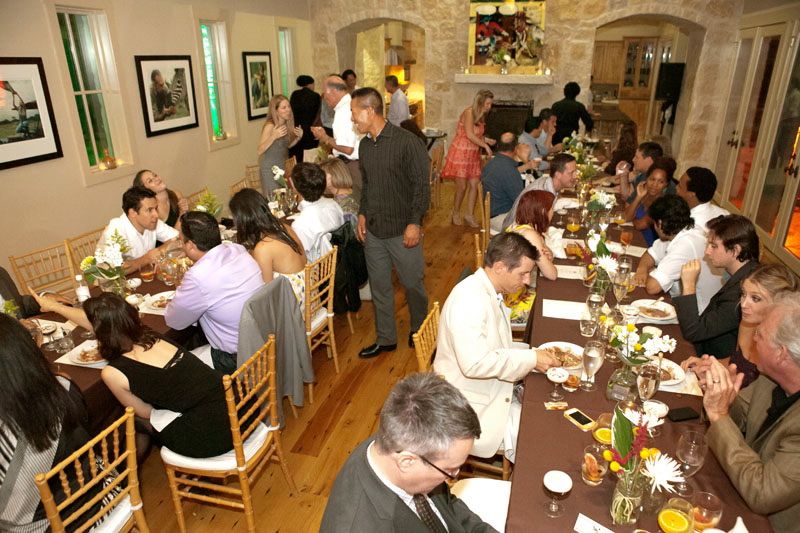 Each course was paired with a unique Patrón-inspired cocktail crafted by mixologist Larry Miller of Peché. Holy yum! I normally consume my Patrón on ice or simply paired with a lime, but each one was so delicious! 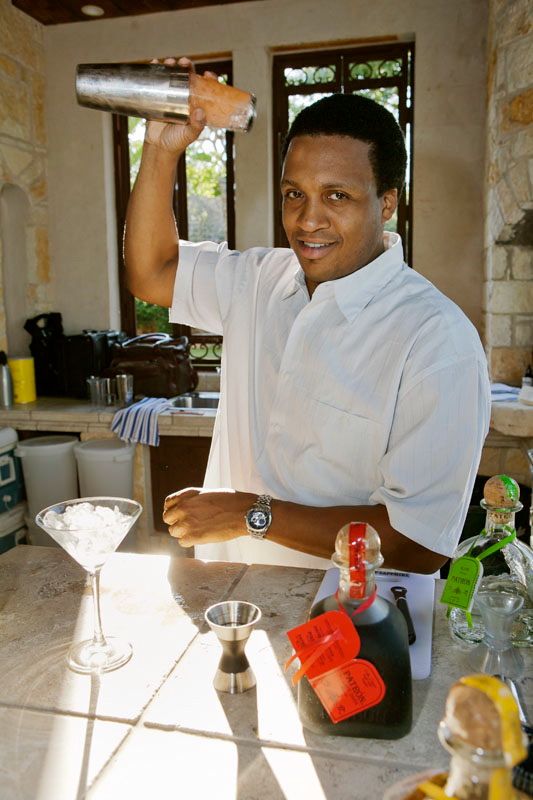 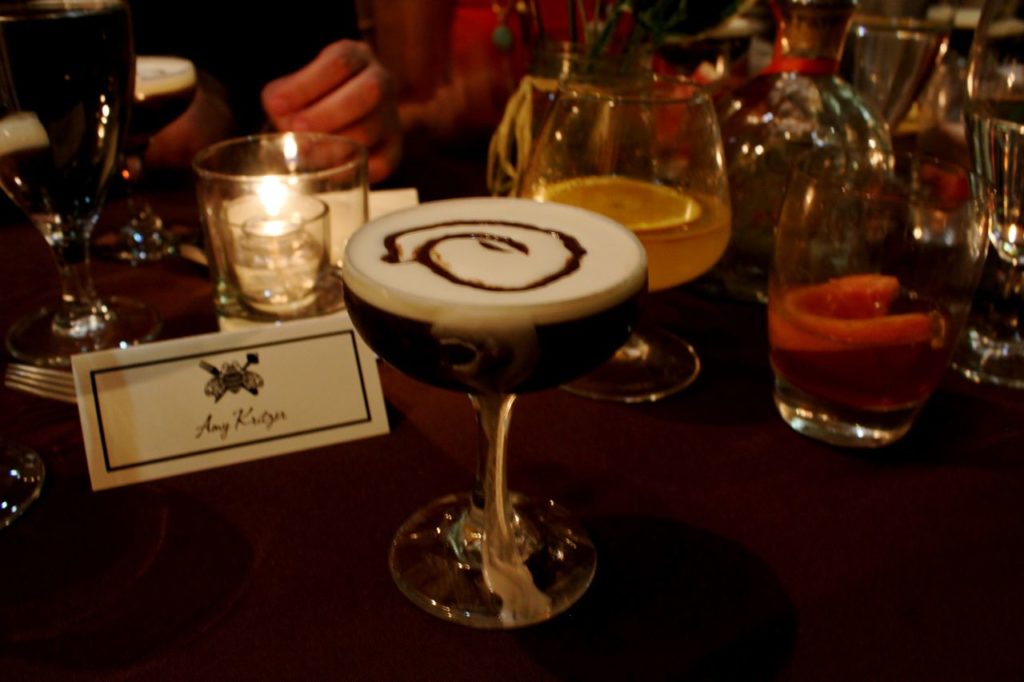 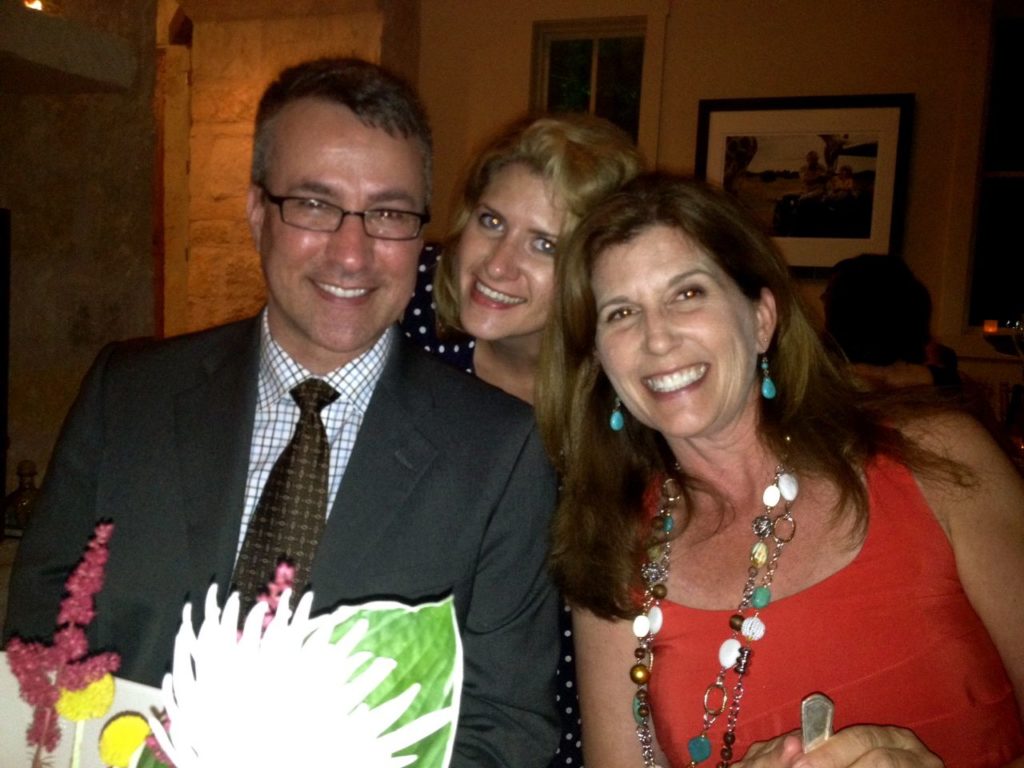 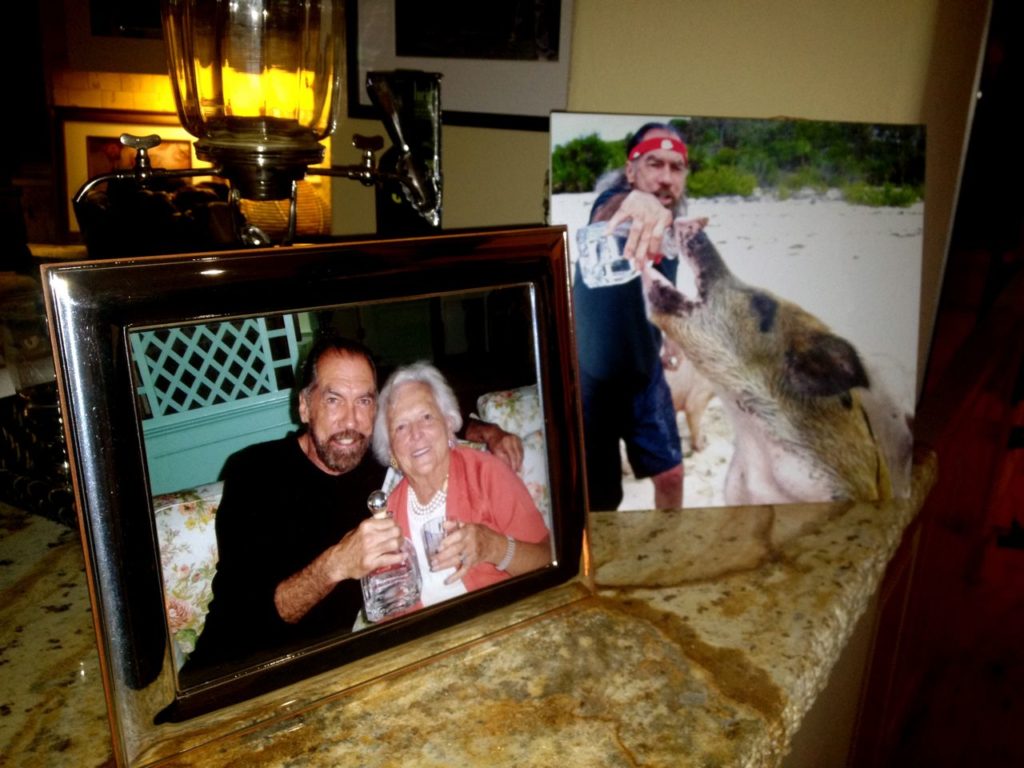 Jean Paul with Barbara Bush- and a feral pig! What a guy. The rest of his home was decorated with Paul Mitchell ads. For serious. 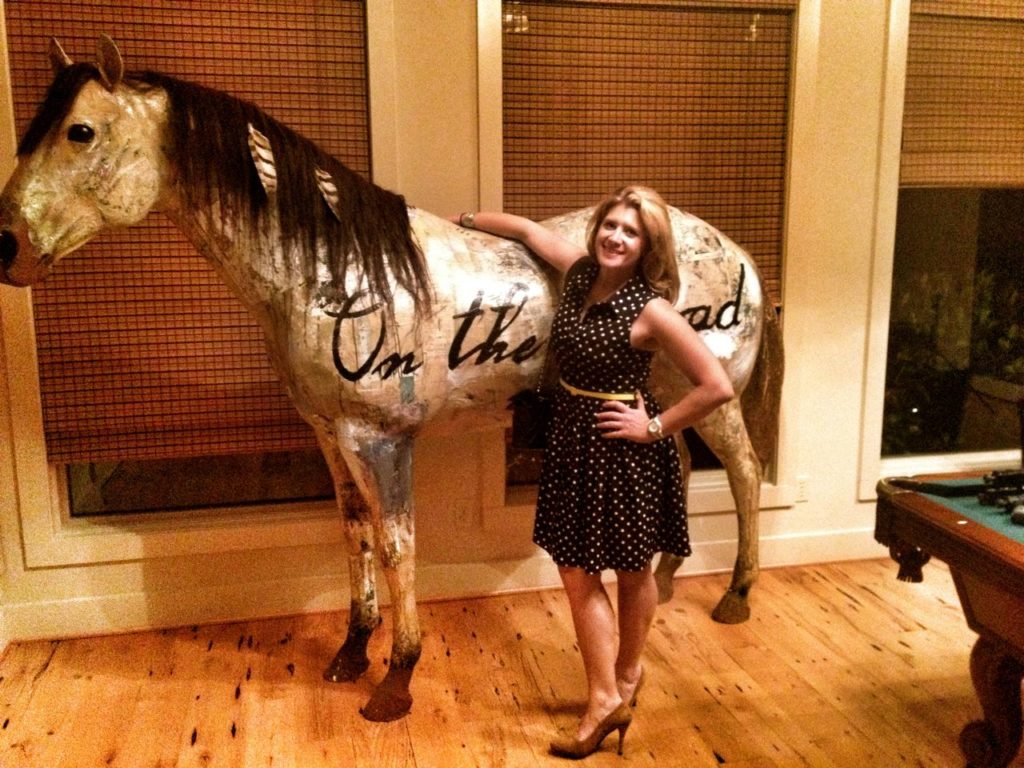 Don’t you want one of these in your home?? I do!

It was a spectacular event- one of the best I have ever been to! For real. Thanks for including me, Patrón!

All the good photos can be credited to Johnny Stevens.